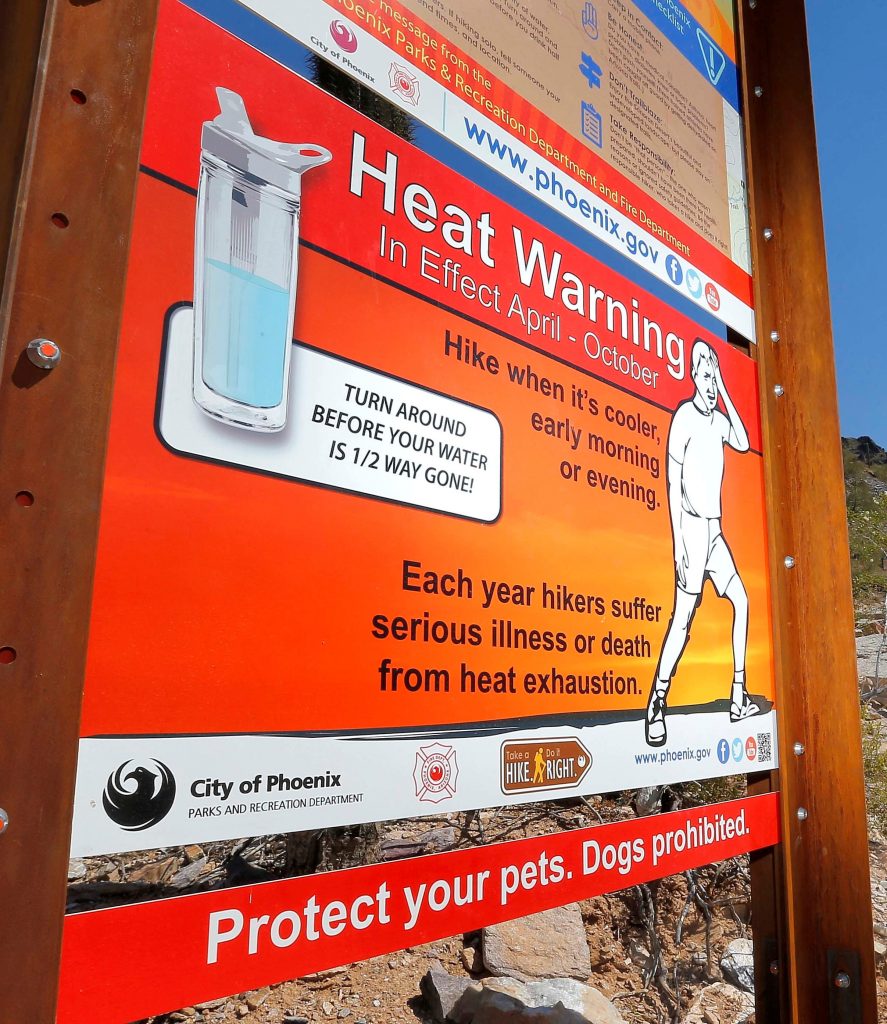 The city of Phoenix is considering closing its popular hiking and biking trails when temperatures get dangerously high in an effort to prevent heat deaths and injuries.

The Parks and Recreation board will consider a proposal by staff on Thursday to close down the city’s 41 trailheads in extreme heat.

Parks and Recreation spokesman Gregg Bach said the department is proposing to post signs that indicate the trails are closed for people when the temperature hits 110 degrees and for pets when it hits 100.

Bach said staff started seriously considering the proposal in the past week, after there were several rescues and at least one death within city limits. A 28-year-old fitness instructor died after being rescued while mountain biking on June 19 in Phoenix during a record-breaking 118-degree day. Six people in Arizona died that day of heat-related causes, including two German men who were visiting Tucson and went on a hike.

City firefighters responded to over 200 rescue calls at Phoenix trails in the past year.

“We’ve certainly seen some incidents and just kind of felt that we needed something a little bit more,” Bach said.

The board is scheduled to discuss the issue on Thursday at a public meeting.

Bach said the department hasn’t come up with a cost estimate for the new signage if the measure is approved.

He said people who ignore the signs could face a misdemeanor charge and fines. Park rangers already monitor the more popular trails on a regular basis. If the measure were approved, they’d already be on hand to turn people away or ticket those who violate the new policies.

The city has launched an educational campaign on hiking safety and has partnered with local resorts and hotels to educate staff on how to warn tourists about the dangers of excessive heat.

Phoenix has about 200 miles of trails within city boundaries.