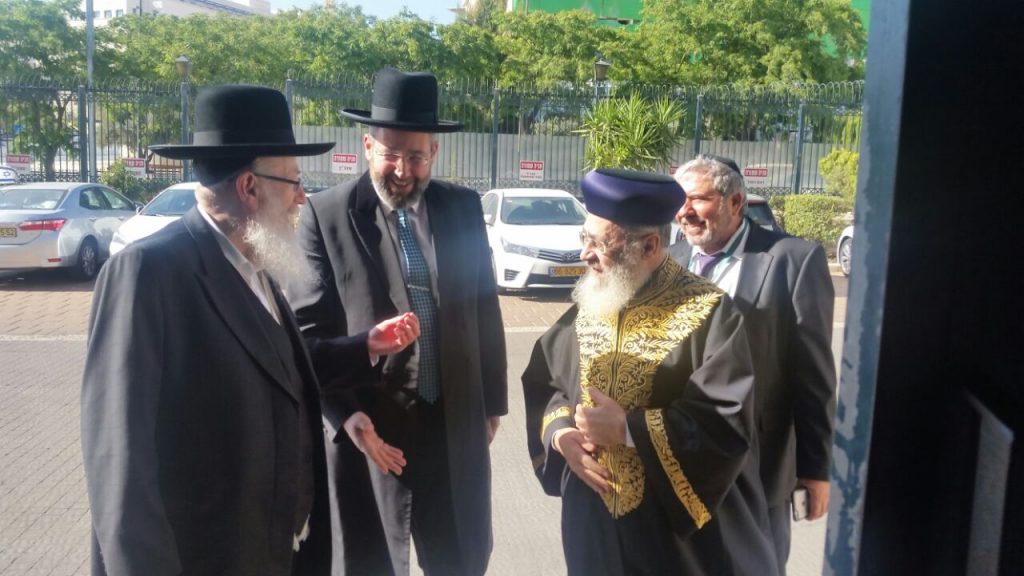 The chief rabbis of Israel, along with the leaders of the United Torah Judaism and Shas parties, met with Prime Minister Binyamin Netanyahu on Wednesday to present their demand that there be no official governmental recognition of the Reform movement.

The chief rabbis stressed that they could not accept any Reform foothold at the Kosel, the holiest site in Judaism.

The political leaders stated that they would oppose any compromise regarding recognition of the Reform movement, in accordance with the directives of Gedolei Yisrael.

At the end of the meeting, Netanyahu and Mandelblit said that they would continue their efforts to reach some solution to the problem, especially in light of the upcoming review of the matter by the High Court. They promised to keep the chareidi leadership informed of all developments.