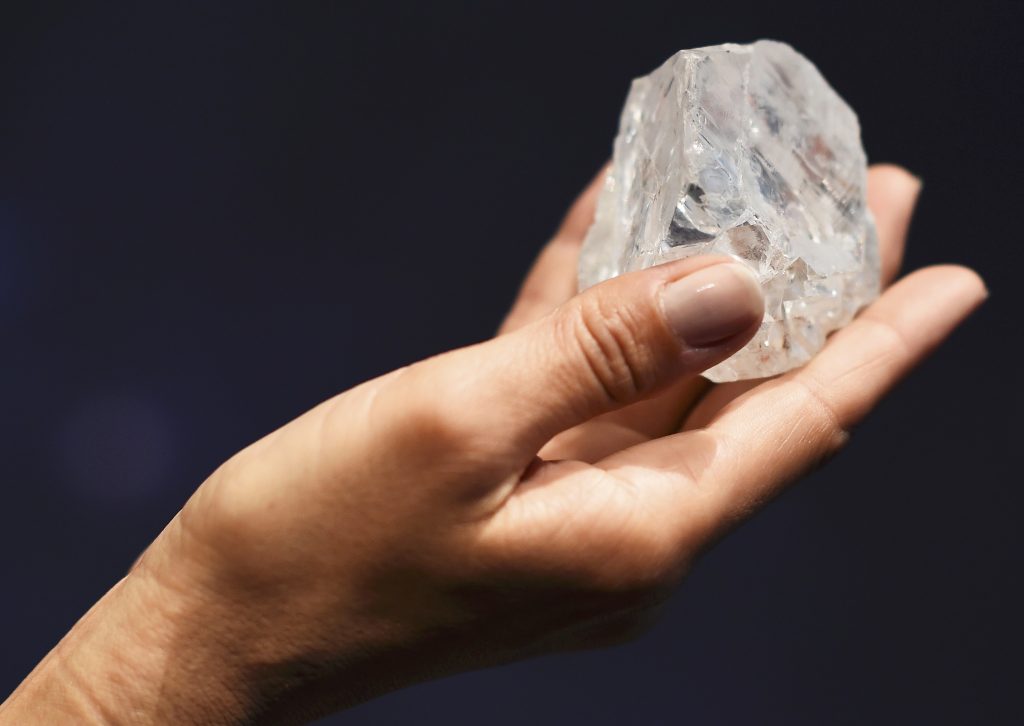 The biggest diamond found in more than 100 years failed to sell at an auction in London after the highest bid of $61 million didn’t meet the company’s minimum selling price.

Based on a diamond sale in May, the 1,109-carat diamond that’s called Lesedi la Rona, or “our light” in the Tswana language spoken in Botswana, might have sold for about $86 million, which would have made it the most expensive rough gem on record. Yet the $61 million bid didn’t reach the so-called reserve price at a Sotheby’s auction on Wednesday night.

The giant stone was unearthed at Lucara Diamond Corp.’s Karowe mine in Botswana. The company is gaining a reputation for producing the world’s biggest and best stones and sold an 813-carat diamond for $63 million in May, a record, to Nemesis International DMCC, a Dubai-based rough-diamond trading company.

The Lesedi la Rona, just smaller than a tennis ball, is second in size only to the Cullinan, a 3,106-carat gem found near Pretoria in South Africa in 1905. It was cut to form the Great Star of Africa and the Lesser Star of Africa, which are set in the Crown Jewels of Britain.