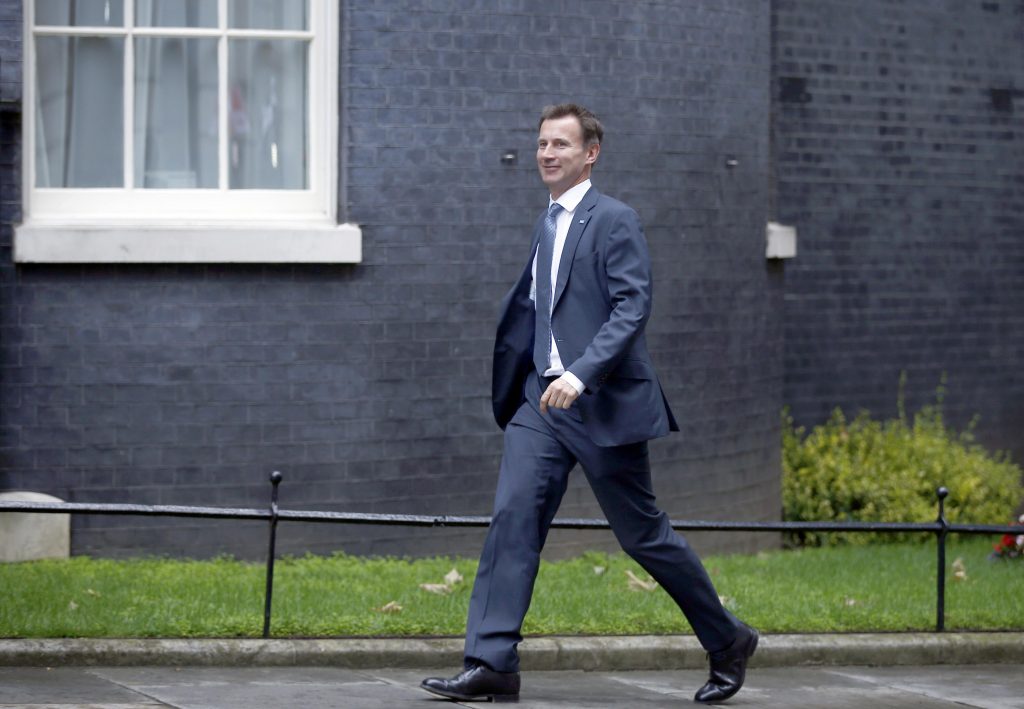 Hunt, who backed the campaign to stay in the European Union, told ITV’s Good Morning Britain program he was weighing up whether to put his name forward before nominations for the next Conservative Party leader close on Thursday.

“I am seriously considering it,” he said “What I want to do is to make the argument as to the kind of Britain that we need to be outside the EU. This is a big, big change and if we get it right we can succeed.”

Cameron announced he would resign after Britons voted to leave the EU. Boris Johnson, who was the most high-profile figure in the Leave camp, is favorite to replace him, but a number of other prominent Conservatives are also thought to be considering a leadership bid.

Hunt said Britain must remain part of the single market, and writing in the Daily Telegraph he said Britain could hold a second referendum on EU membership if it could broker a deal with the bloc to allow full control of its borders.

“I’m not saying we have a second referendum on whether we remain in the EU,” he told the BBC. “We are leaving the EU … but what I am saying is that when we have negotiated the terms of our departure … I do think people should have a chance to have their say on those terms.”

Hunt said the prime minister who succeeded Cameron should be given a chance to negotiate with Brussels before Britain hands in its two-year notice to quit the EU, so they can put any deal on migration to the British public.

“So before setting the clock ticking we need to negotiate a deal and put it to the British people, either in a referendum or through the Conservative manifesto at a fresh general election,” Hunt said.