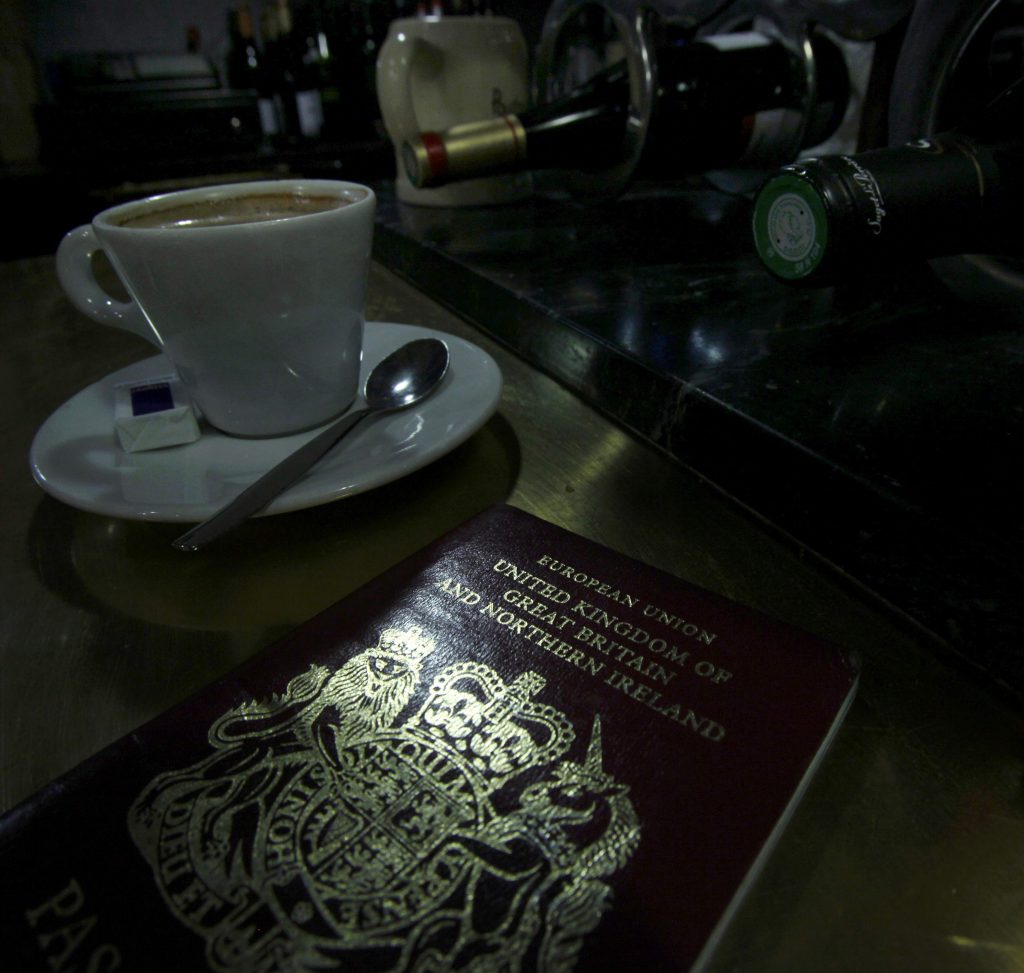 Many Brits are considering applying for an Irish passport as a way to cling onto their European Union citizenship following Britain’s decision to leave the EU.

Irish Foreign Minister Charlie Flanagan has said there has been a “surge” in interest for passports following the Brexit vote, adding that the flood of applications could impact those who have a genuine need of a passport for imminent travel.

“An unnecessary surge in applications for Irish passports will place significant pressure on the system and on turnaround times and is likely to impact those with a genuine need for passports to facilitate imminent travel plans,” he said in a statement.

Britons may apply for Irish citizenship if they were born in Ireland, or if they have parents or grandparents who were Irish. It’s estimated that about 6 million people, about 10 percent of the British population, have Irish heritage.

For now, Britain is still a part of the European Union, and until that changes, Britain’s burgundy passport will read “European Union” at the top. Britain has not yet triggered Article 50 of the Lisbon Treaty, the formal process by which member states can leave.

But there is an immediate panic in the air over what will happen.

“How to get an Irish passport,” was one of the most Googled phrases following the referendum result last week. Over the weekend, a post office in Belfast, Northern Ireland, posted a notice saying it had temporarily run out of passport forms.

Support for applying for an Irish passport has come from unlikely places. Ian Paisley Jr., a Parliament member and son of one of Northern Ireland’s most famous politicians of the same name, urged follows on Twitter to get a second passport if possible.

This surprised many people, given he was also a strong advocate for Brexit.

“My advice is if you are entitled to a second passport then take one,” he wrote on Twitter.

At Ireland’s passport office in West London on Tuesday, there was a steady stream of people arriving to drop off passport applications. Many said they were there because of Brexit. One lady and her 14-year-old nephew were carrying a stack of about 20 applications to give to friends and relatives back in Northern Ireland.

An employee at the office, who didn’t want to be named, noted that “it could take three years to sort all of this out. People don’t all have to come in one day, like they have.”

While Northern Ireland is part of the United Kingdom and thus must abide by the Brexit referendum, the majority of residents there voted to remain in the EU. And under the terms of the Good Friday Agreement, the 1998 landmark accord that ended decades of bloodshed, anybody living in Northern Ireland can apply for a British or Irish passport.

Michael Walkington, 50, a Londoner born in Northern Ireland, said he was applying for an Irish passport so that his two children would have the same access to jobs and education opportunities that they do now. As members of the EU, Irish citizens can live and work in 27 member states.

“It may still be possible to do those things in the future, but we feel it would be more bureaucratic,” he said.

Sheila Steele, a Londoner, said that she decided to apply for an Irish passport following the “dreadful” referendum result.

“I thought about it before – my mother was Irish; but when Brexit happened, I thought, ‘That’s it,’ ” said Steele, a retired market researcher in her 70s.

She was clutching documents that allow her to track her passport, which she was told would arrive in about eight weeks.

“I don’t feel British, I feel European,” she said.