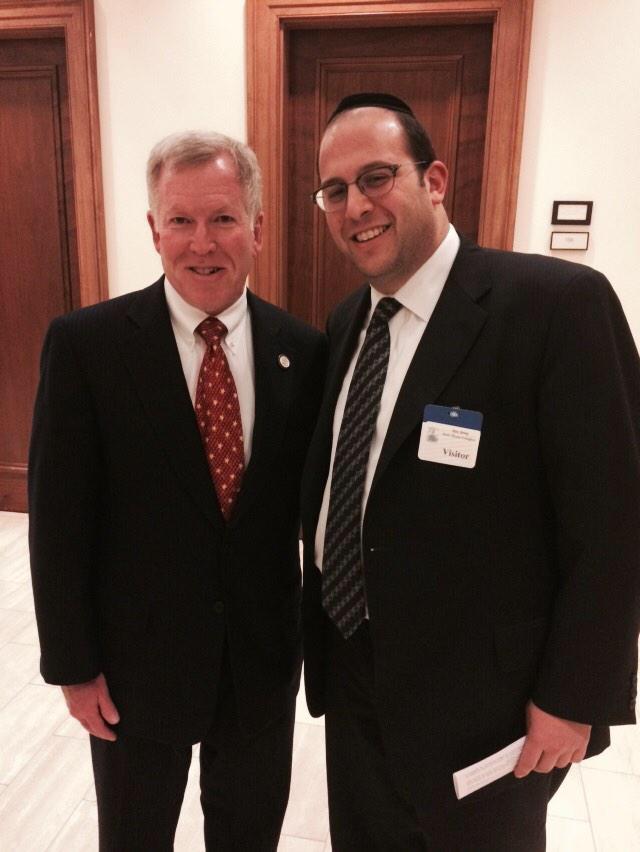 A bill that would significantly increase security funding for non-public schools unanimously passed both houses of the New Jersey state legislature on Monday. It will raise the amounts allotted to schools from $25 to $75 per student. The vote was hailed by advocates of the Jewish community.

Assemblymen Gary Schaer and Joseph Lagana, both Democrats representing the Bergen and Passaic areas, introduced legislation last year that made security funding for private schools a fixed part of the state’s budget. It passed easily and was signed into law.

Earlier this year, a bill drafted by Assemblyman Schaer and a team of seven co-sponsors introduced the present legislation, known as “The Secure Schools for All Children Act,” which was approved by the Assembly in April. Now, its Senate companion has passed the upper house unanimously.

“We’re very excited,” Mr. Schaer told Hamodia. “This victory represents the efforts of many groups and its achievement reflects the importance of what we are trying to do.”

The original legislation would have raised funding to $144 per student, a figure to roughly equal the average amount awarded to public school students. Mr. Schaer said that lowering the funding to $75 was based on “the realities of budgeting” and pointed out that the present number still represents a “300 percent increase.”

He added that the flexibility the bill gives schools in how to allot funds is a key advantage of the legislation.

“We wanted to give each school control; yeshivos in northern Jersey might decide they need something different from those in southern Jersey.”

Funding for nursing and technology funding for private schools was also raised, returning spending to levels prior to cuts made in 2015.

Agudath Israel of America, the Orthodox Union and the Catholic Conference all actively advocated for the bill’s passage.

Rabbi Avi Schnall, director of Agudath Israel’s New Jersey division, said that funds awarded over the past year have been used by many mosdos to install security cameras and reinforce windows and doors, but that this increase will allow many larger institutions to hire full-time security guards.

“The unanimous passage of the Secure School for All Children Act in both houses of the Legislature is a remarkable achievement for our community,” he said.

Grants must be used exclusively for security needs and all expenditures will be under the supervision of each district’s superintendent.

In light of increasing terror threats, additional protection for religious and other private schools has become a greater priority. Similar legislation to help increase security in private schools in New York City was signed into law in January.

The bill now awaits Governor Christie’s signature, which he is expected to grant based on its unanimous passage.