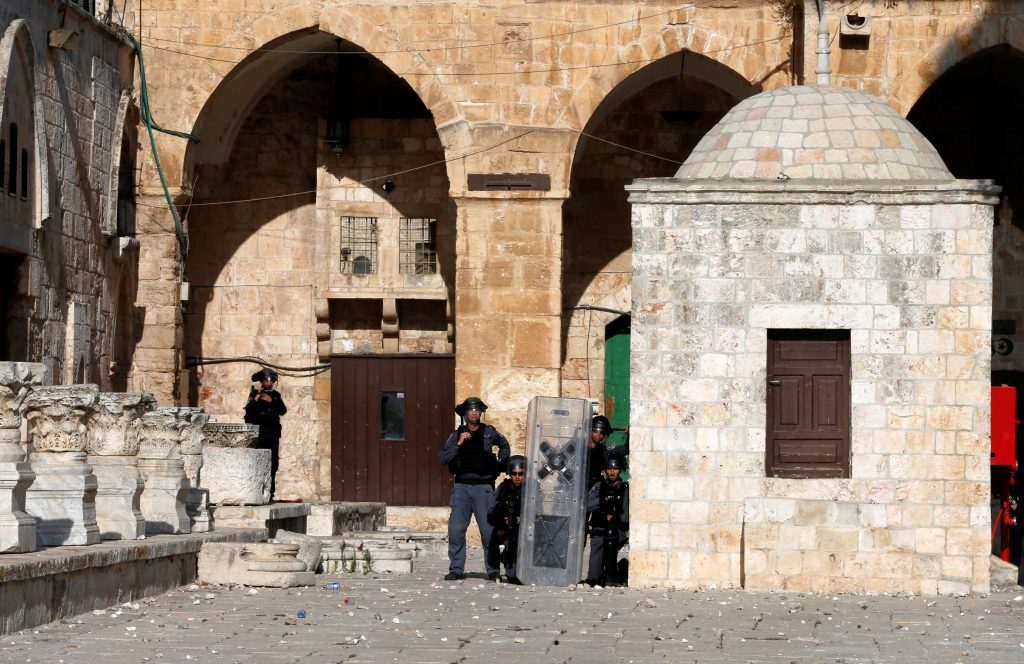 Israeli police say they have closed access to Har HaBayis for non-Muslims following clashes there with Palestinians rioters.

Police spokesman Micky Rosenfeld said on Tuesday that following continued Palestinian attacks on police forces, the site would remain closed to visitors until the end of the Muslim month of Ramadan. Throughout the week Palestinians had holed themselves up in the Al-Aqsa Mosque and attacked officers with fireworks and other objects they had stockpiled inside.