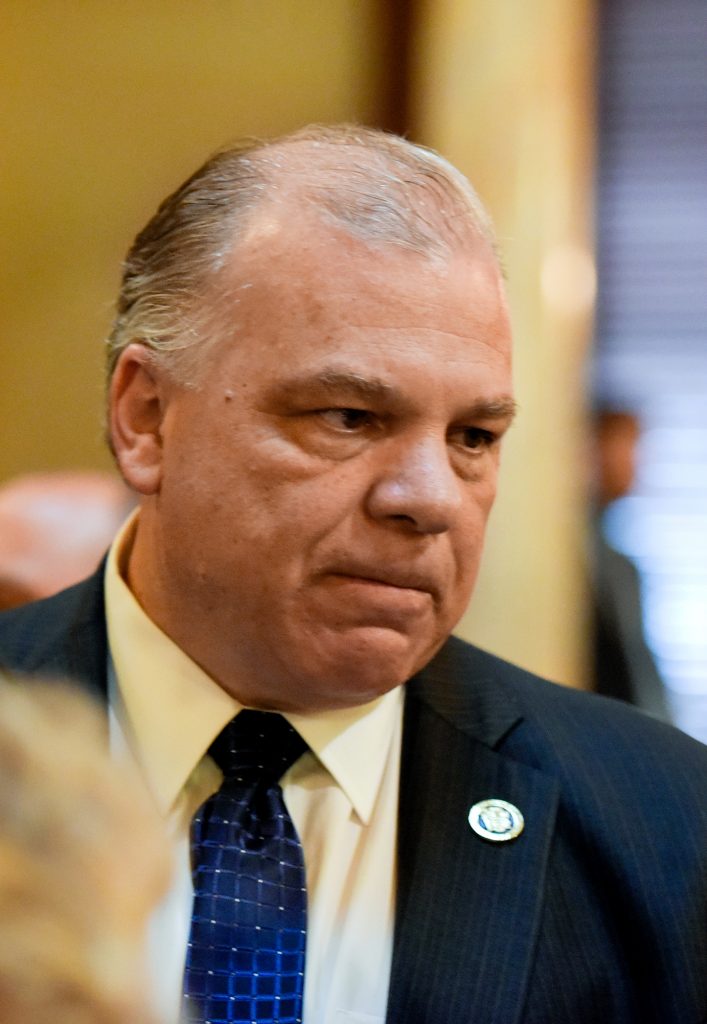 The Assembly voted shortly before 1 a.m. Tuesday, while Christie chatted with staffers and lawmakers at his statehouse office. The legislation, which would set up a $2 billion-per-year transportation trust fund over the next eight years, now goes to the Democrat-led Senate for consideration.

The vote comes after Christie’s statehouse office was as busy as a hotel lobby, with legislative leaders entering and exiting throughout the day and as the current $1.6 billion-per-year fund runs out of authority for borrowing on July 1.

The Assembly legislation also came after lawmakers hammered out a separate bipartisan deal to hike the gas tax by 23 cents while phasing out the estate tax, raising the retirement income tax threshold, boosting a tax credit for low-income filers and establishing a charitable tax deduction.

The new legislation includes the same retirement income tax breaks, but cuts the other changes backed by Senate President Steve Sweeney, among others.

Christie, a failed Republican presidential candidate who signed a pledge not to raise taxes and who currently is a top adviser to presumptive Republican nominee Donald Trump, got involved personally in the transportation debate after months of calling for “tax fairness,” but not detailing his plans.

“I’m pleased that the Assembly has heeded my suggestion for tax fairness as I’ve been calling for for a long time,” Christie told reporters gathered outside of his office. “I think it was needed, necessary, while at the same time we’re going to have constitutionally dedicated revenue to improve roads, bridges and mass transit systems here in the state.”

Assembly Speaker Vincent Prieto estimated the sales-tax cut would cost about $1.3 billion in revenue. The gas-tax increase would bring roughly the same amount, according to legislative estimates.

“We’re giving a tax break to basically everybody in New Jersey,” Prieto said. “It’s important to put money in the pockets of people, but it’s important to fund the transportation trust fund that runs out of money at the end of this fiscal year.”

Christie said the gas-tax hike would go into effect on July 1 if the bill is signed into law. The sales-tax cut would be phased in at 6.5 percent on Jan. 1 and then would drop to 6 percent a year later under the plan.

Democratic Assemblyman John Wisniewski, who opposed the plan, said the state couldn’t afford to cut as much tax revenue in the transportation plan as it was bringing in. Christie himself has struggled to close budget gaps, including this year’s nearly $600 million hole.

Christie disagreed. There would be an economic boost by putting money back in people’s hands, he said.

“It’s the people’s money and they deserve to have it back,” he added.