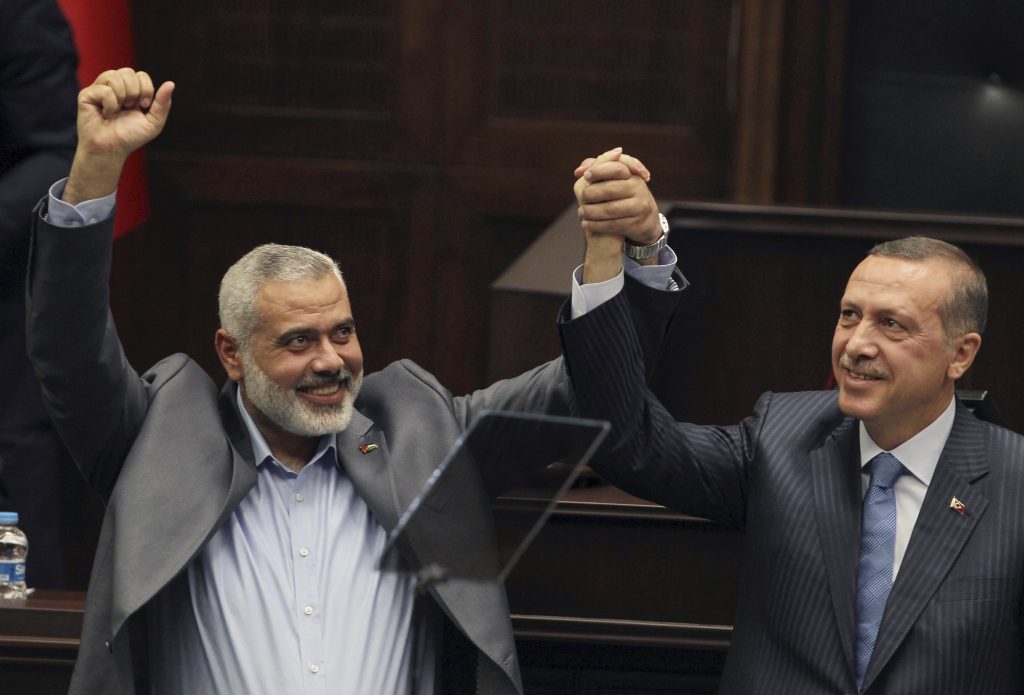 Gaza’s Hamas rulers have thanked Turkish President Recep Tayyip Erdogan for his support following a reconciliation pact with Israel that Ankara says will help the coastal strip. As part of the agreement, Turkey will be allowed to bring relief supplies into Gaza and carry out new development projects there.

Hamas said in a statement early Tuesday that it “expresses its thanks and appreciation” to Erdogan. However, it insists that it’s sticking to its policies to oppose Israel.

Relations between Israel and Turkey began to decline after Erdogan, whose party has Islamist roots, became prime minister in 2003. They reached their nadir in 2010 when Israeli commandos stormed a Turkish ship aiming to breech the blockade of Gaza. Nine Turkish provocateurs, including a dual American citizen, were killed.