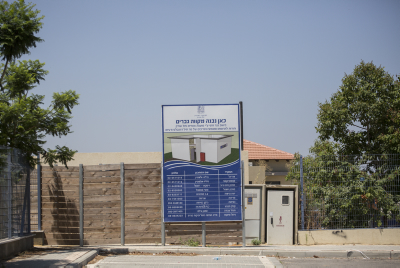 The Knesset passed on its first reading a law that would maintain the status of mikvaos, in the wake of a High Court decision that the state must accommodate demands of groups, such as reform groups, to have access to mikvaos for conversion and other activities. The law, sponsored by MK Rabbi Moshe Gafni (United Torah Judaism) would preserve the status of existing mikvaos, and allow local authorities to refuse to sign agreements for their use for such purposes. In those towns, the Jewish Agency will build separate facilities for use of the groups.

“In Israel, mikvaos have always been used as part of religious tradition, and it is for this reason that money has been allocated for their construction,” Rabbi Gafni wrote in an introduction to the bill. “In the wake of attempts by groups to disturb this arrangement and upset basic rules of Judaism, the High Court has ruled that specific groups have a right to make use of mikvaos. Under this law, local authorities will be allowed to resist these efforts if they choose to do so.”

The measure passed by a vote of 28-18, with most of those opposed on the left, led by Meretz. Party chairperson MK Zehava Gal-on said that the deal was a “disgusting compromise. It’s like they have found a Shabbos Goy – using Jewish Agency money to build mikvaos for the ‘undesirables.’” Meretz MK Alizah Lavi said that the law was “very damaging, and will bring about a great deal of division and hatred. In essence it will allow local authorities to ban people it does not like from using mikva’os. It gives local authorities the right to discriminate.”

Unperturbed, Rabbi Gafni commented on the Meretz MKs’ concern that mikvaos be available for use by all and for any purpose, quipping that “Moshiach can come now. In 27 years in the Knesset I cannot recall when Meretz was fighting for the right of people to use mikvaos.”