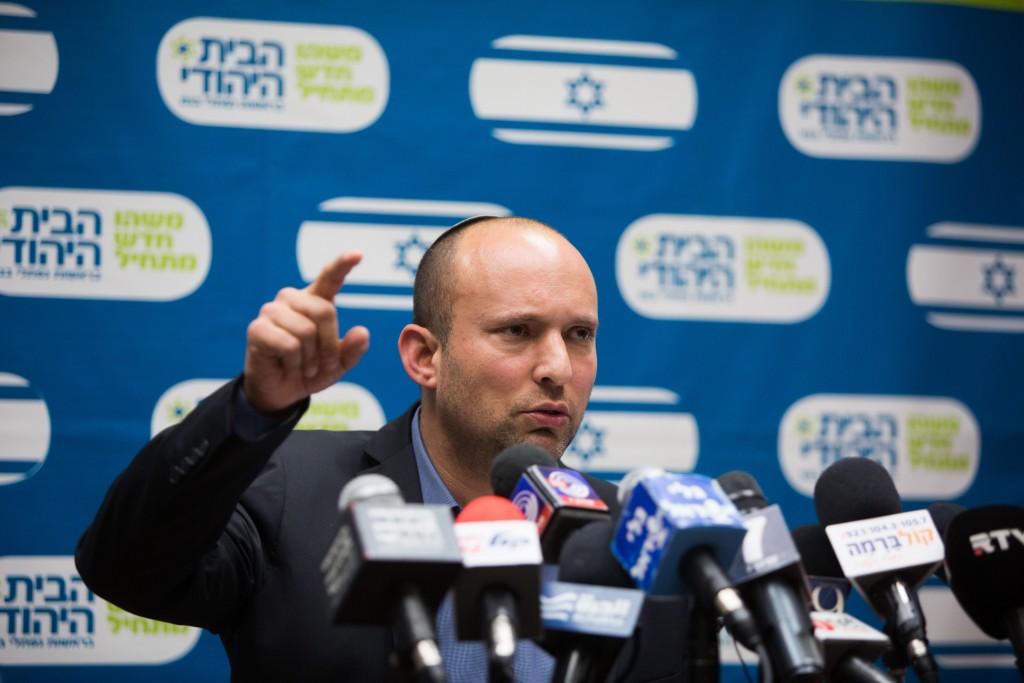 The government is set to discuss the details of Israel’s reconciliation agreement with Turkey, but at least three ministers are now on record as saying that they will vote against it. After Defense Minister Avigdor Liberman said Monday that he would not support the deal, Education Minister Naftali Bennett and Justice Minister Ayelet Shaked also said that they would cast nay votes.

Speaking Monday night, Bennett said that the two Jewish Home ministers would vote against the deal. “Israel cannot give compensation to terrorists,” said Bennett. While saying that reconciling with Turkey was an important move, the agreement as it stands is unacceptable. “Paying money to terrorists is a very dangerous precedent that Israel will come to regret.”

A codicil to the agreement that declares that Turkey and Israel will do everything possible to return to Israel three missing IDF soldiers – Hadar Goldin, Oron Shaul, and Avraham Mengistu – was “not substantial. With Turkey now taking control of Hamas, they must do all they can to return our soldiers to us.”

On Sunday, Liberman said that he, too, opposed the deal. Speaking to Yisrael Beytenu MKs, Liberman said that “unless something has changed, I see no reason to change our position, and to change our opposition to this deal. I am not going to make a big deal out of this in the media, just as I did not make a big deal of our opposition to the deal to free 1,000 terrorists in exchange for Gilad Shalit, but our position is well known.”

While not all provisions of the deal are known yet – not even to Cabinet ministers – the centerpiece of the agreement, a $21 million reparations payment from Israel to Turkey, has been at the center of the opposition by the ministers. The money is to compensate for the lives of 9 Hamas-affiliated Turkish provocateurs who were killed when they attacked IDF soldiers on the ship Mavi Marmara.

No other ministers have spoken out on the deal yet, but several of them are said to feel as does former Likud MK Gideon Saar, who on Sunday also slammed the deal, saying that paying compensation to Turkey would be “a national disgrace and an invitation for more flotillas.” Saar called on government ministers to drop the idea and “not be a partner to this error.” Speaking on Army Radio, Saar said that “Israelis should not have to subsidize attacks on IDF soldiers. If anything, it should be the other way around. Why is national dignity such a denigrated concept among us?”

Commentators on Israel Radio Tuesday said that several ministers complained that they were being asked to support an agreement they haven’t even yet studied in detail, but which on the surface appears to be very disadvantageous to Israel. Asked whether there was a possibility that the Cabinet would actually turn down the deal, the commentators said that it was unlikely, “but Netanyahu could have a very hard time convincing ministers to approve this.”