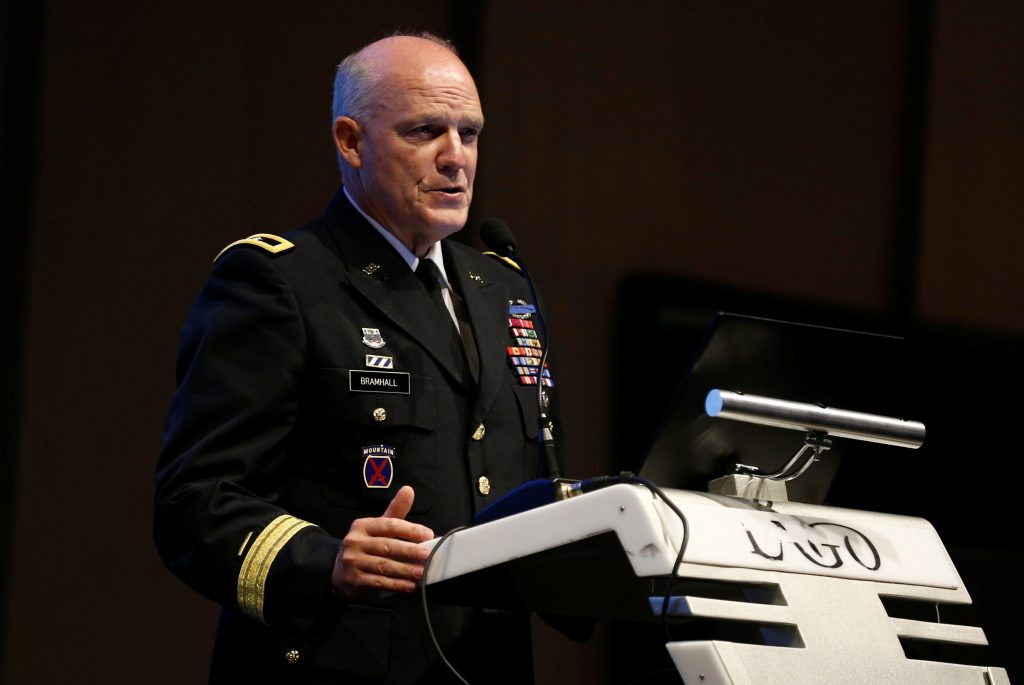 The United States has tested the short-range interceptor missile used by Israel’s Iron Dome system with a view to incorporating it or a future American counterpart in European-based air defenses against Russia, a U.S. Army general said on Monday.

Developed with funding help from Washington, the Iron Dome has had a 90 percent shoot-down rate against Palestinian rockets, Israeli and U.S. officials say. But the system’s $50 million unit price and limited reach have dampened its export appeal.

“With all that is happening in Europe, especially the fact that Russia has really awakened itself and has really decided to rebuild its military and is really posing a threat, we are looking at how we can do the multi-tiered defense,” Bramhall told Reuters at a conference hosted by the Israeli security organization iHLS.

“We are looking at multiple solutions to actually create a third tier that is missing. Patriot and THAAD are great systems that do what they were designed to do. But I don’t think we would want to waste a Patriot or a THAAD missile on something that can be affected by something that’s lower cost and is actually designed for that job itself.

“I think we are looking at something that is similar to the Iron Dome. We have looked at the Tamir as a possible missile,” he added, raising the prospect of the Israeli-designed missiles being used with the U.S. Army’s Multi Mission Launcher platform.

Bramhall anticipated that the short-range system chosen would be deployed “probably within two or three years.” Rafael puts the Tamir unit cost at around $100,000, a price tag Bramhall said he believed was “within an acceptable range.”

U.S. Army purchases of the Tamir would buoy Israeli defense industries unsure of whether they can bank on Washington’s largesse in the future. In talks on a new long-term defense aid package to Israel, the White House wants to cut the amount of grant money the Israelis can spend on their own products.

Bramhall was due to inspect an Iron Dome unit in Israel on Tuesday. Rafael vice president, Yosi Druker, was circumspect about whether the U.S. Army should be lobbied to buy Tamirs rather than await a comparable American interceptor missile.

“It would be right for us at Rafael, and for every Israeli citizen, to support whatever the Americans decide on,” Druker told Reuters.

The Iron Dome was initially billed as providing city-sized coverage against rockets or mortar shells with ranges of between 5 km (3 miles) and 70 km (42 miles). System upgrades extended that reach to up to 95 miles, Israeli experts say.