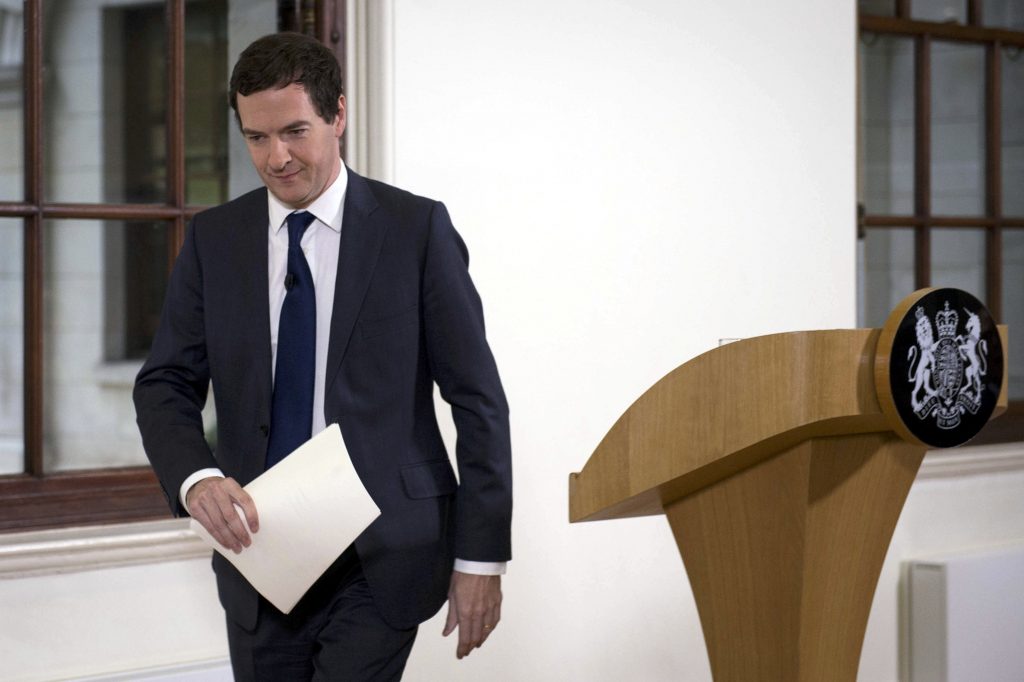 Treasury chief George Osborne has sought to calm nerves in the markets, as investors worry about the consequences of Britain leaving the European Union.

In his first public appearance since Thursday’s vote to leave the bloc, Osborne tried to reassure markets shaken by the result. He calmly underscored that Britain’s economy is as strong as it could be to face the challenge of the international reaction, and that the economy is in a far better position than it was at the start of the 2008 financial crisis.

“It will not be plain sailing in the days ahead,” he said, but added that the U.K. was “equipped for whatever happens.”

Osborne said he had been working closely with Bank of England Governor Mark Carney and fellow finance ministers and international organizations over the weekend.

The pound fell by 2 percent against the U.S. dollar in overnight trading amid fears of the consequences of the vote, but rose 0.5 cents in the moments after Osborne began speaking.

Political turmoil has roiled the country, as the leaders grappled with the question of how precisely the country would separate Britain from the other 27 nations in the bloc.

Germany, Britain and France will be meeting to discuss the decision.