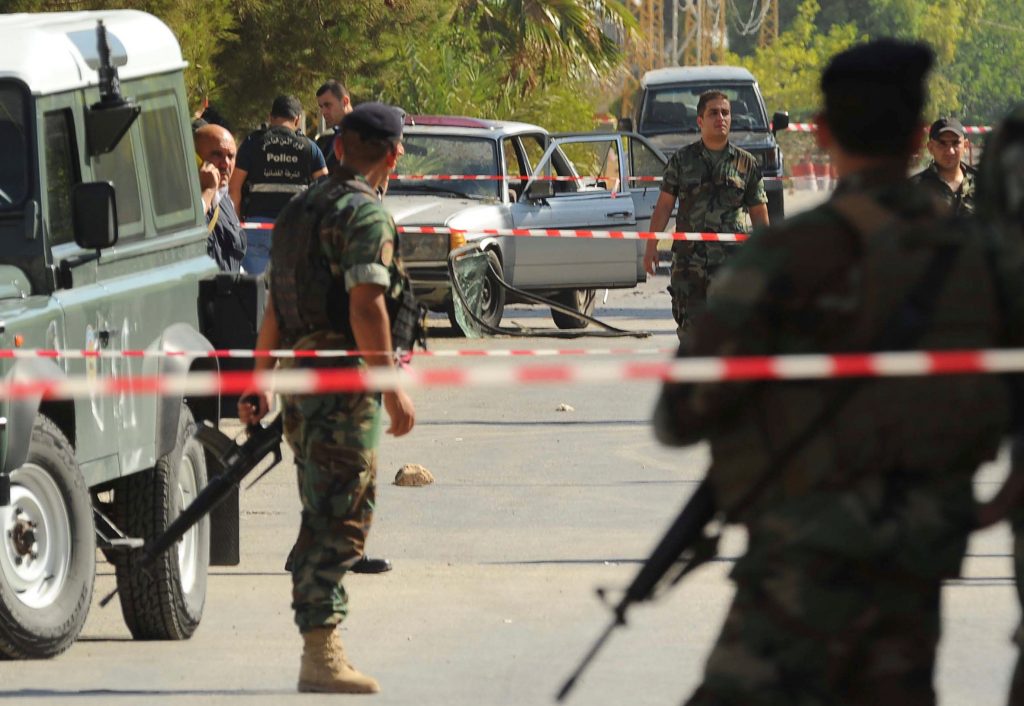 Four suicide bombers killed six people and wounded 19 others in an attack in a Lebanese village at the border with Syria on Monday, security sources said.

The attack at 4 a.m. targeted the mostly Christian village of Qaa, a few miles from the border. Three Lebanese soldiers were among the wounded, the sources said.

The mayor of Qaa, Bashir Matar, told Voice of Lebanon radio that all those killed were civilians.

There was no immediate claim of responsibility. Hizbullah’s al-Manar said the attack was carried out by Islamic State terrorists.

Lebanon has been repeatedly jolted by terror attacks linked to the five-year-long war in neighboring Syria, where the powerful Shiite group, Hizbullah, is fighting in support of President Bashar al-Assad.