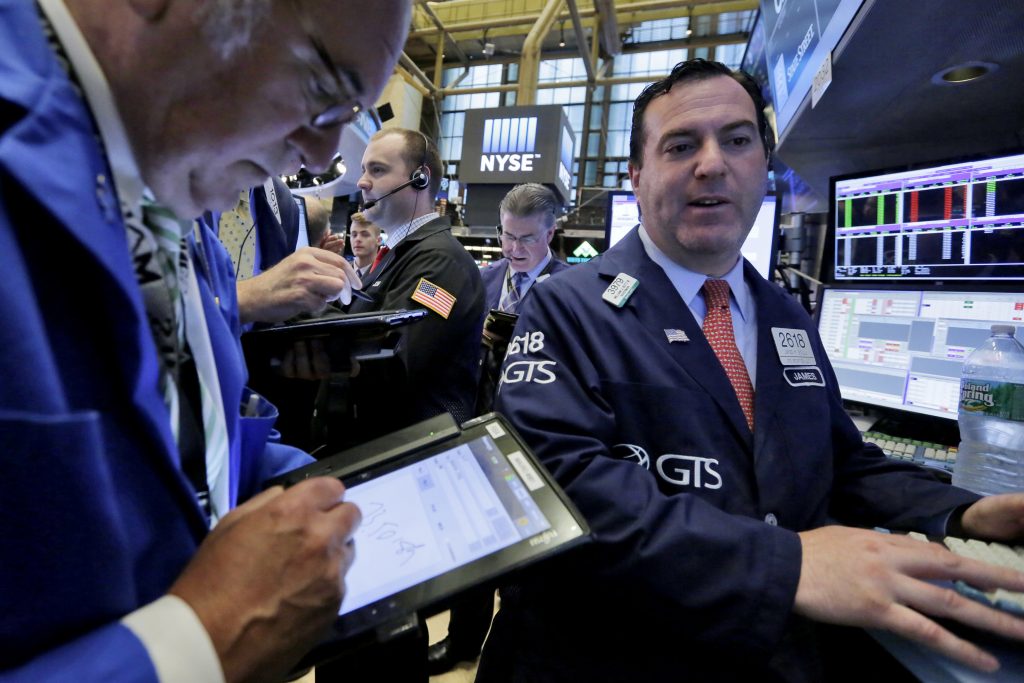 European stock markets extended their losses from Friday. The British pound, which last week plunged to its lowest level since 1985, continued to fall as traders expected the British economy would take a hit.

On Wall Street, materials companies were among the biggest decliners. Losses also piled up for financial and technology stocks. Shares in energy companies also fell as the price of U.S. crude oil declined.

“When you get major news like this that is unexpected, as the ‘Brexit’ vote was, it often takes about five trading days to kind of work through the system,” said JJ Kinahan, chief strategist at TD Ameritrade.

The latest sell-off followed the market’s plunge on Friday, when the Dow and S&P 500 clocked their biggest losses since August, and the Nasdaq notched its worst day since August 2011. Despite the losses, the market is still well above the lows it reached in early February, when the S&P 500 closed as low as 1,829.

Ratings agency Standard & Poor’s adding to the market’s jitters Monday by stripping the U.K. of its top credit grade over the EU exit vote.

Eight of the 10 sectors in the S&P 500 index were in the red, with materials companies down the most. Utilities stocks, traditionally seen as a more attractive investment at times of heightened market volatility, notched the biggest gain.

Banks and other financial companies slumped as investors speculated that the global economic uncertainty caused by Britain’s decision to leave the EU will prompt the Federal Reserve to hold off on raising its benchmark interest rate. Banks benefit from higher interest rates, which translate into more revenue from loans and credit cards.

“A lot of the expectations about what these financial stocks would be worth have changed,” Kinahan said. “This sort of takes Fed rate raises off the table for a while, maybe through the end of 2016.”

European stock markets added to their steep losses from Friday, when concern over the vote outcome wiped out $2.1 trillion of stock value from Hong Kong to London to New York.

“Markets will be nervous given that the EU and U.K. have some mismatch in terms of timing of exit procedures and negotiations,” said Mizuho Bank analysts in a report.

“The EU’s legitimacy may be tested by separatist parties,” it said. “Spanish elections more immediately and then French elections in 2017 add to the complexity of political dynamics involved in negotiations. Brewing uncertainty suggests that the stage is set for potentially stormy global markets.”

In the first direct reflection of business sentiment in Britain, a leading business group said Monday that 20 percent of its members plan to move some of their operations outside of the U.K. in light of the country’s decision to leave the EU. The Institute of Directors said that a survey of its 1,000 members showed that three out of four believe that Britain’s exit from the EU, or Brexit, will be bad for business.

Bond prices rose. The yield on the 10-year Treasury note fell to 1.46 percent from 1.56 late Friday.