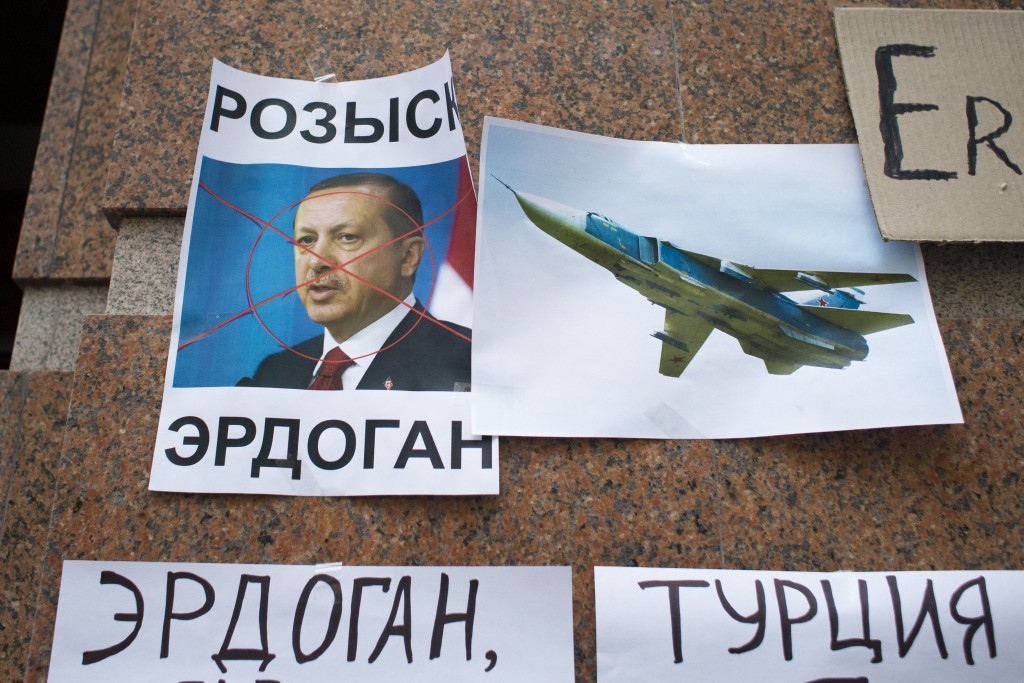 Turkish President Tayyip Erdogan has apologized to Russian leader Vladimir Putin over last year’s shooting down of a Russian air force jet by Turkey’s military, the Kremlin said on Monday, opening the way for Russia to lift economic sanctions.

The Russian jet was shot down, with the loss of the pilot, in November while it took part in the Kremlin’s military campaign in Syria. Ankara said it acted lawfully because the plane had crossed into Turkish air space; Moscow denied that happened.

“I want to once again express my sympathy and deep condolences to the family of the Russian pilot who died and I say: ‘I’m sorry,'” the Kremlin, in a statement, cited Erdogan as saying in the letter.

A spokesman for Erdogan, Ibrahim Kalin, confirmed the letter was sent to Putin, though he did not refer explicitly to an apology. He said that Erdogan, in the letter, had expressed regret and asked the family of the pilot to “excuse us.”

The Kremlin responded to the downing of the plane by slapping trade restrictions on Ankara – including freezing work on a pipeline to ship Russian gas to Europe via Turkey, and advising Russian tourists to avoid Turkish resorts.

Putin had said those measures would only be lifted if Erdogan personally issued an apology. There was no word from the Russian authorities on Monday on ending the sanctions.

If the dispute is now on the way to being resolved, that could ease some of the diplomatic tensions around the Syria conflict. Moscow supports Syrian leader Bashar al-Assad while Ankara backs rebels who are trying to oust him.

In its statement, the Kremlin said Putin had received a letter from Erdogan “in which the Turkish leader expressed his desire to resolve the situation connected to the downing of a Russian military aircraft”.

“The letter states, in particular, that Russia is a friend to Turkey and a strategic partner, with which the Turkish authorities would not wish to spoil relations,” the Kremlin statement said.

Turkey’s efforts to mend damaged ties come as the Middle East is polarised by Syria’s civil war, the rise of Islamic State threatens regional security, and as its relations with Europe and the United States are strained.

The Kremlin statement said Erdogan had expressed his readiness to do everything necessary to restore the traditionally friendly relations between Turkey and Russia, and also to jointly fight terrorism.

The Kremlin’s announcement came hours after Turkey and Israel said they would normalize ties after a six-year rupture, a rare rapprochement in the divided Middle East.

Days after taking office last month, Turkey’s new Prime Minister Binali Yildirim – a close Erdogan ally – said Turkey needed to “increase its friends and decrease its enemies,” in what appeared a tacit admission that his predecessor’s policies had left the NATO member sidelined.

Under former Prime Minister Ahmet Davutoglu, Ankara was insistent on Assad’s departure as the only way of stabilizing Syria, setting it at odds with Moscow.

Turkey’s worst nightmare in Syria has meanwhile come true: Russian support has enabled Assad to remain in power, while Kurdish militia fighters have benefited from U.S. support as they battle Islamic State, bolstering their position in territory adjacent to the Turkish border.