Israel Families of Missing Soldiers: Netanyahu Has Forgotten Us
Israel 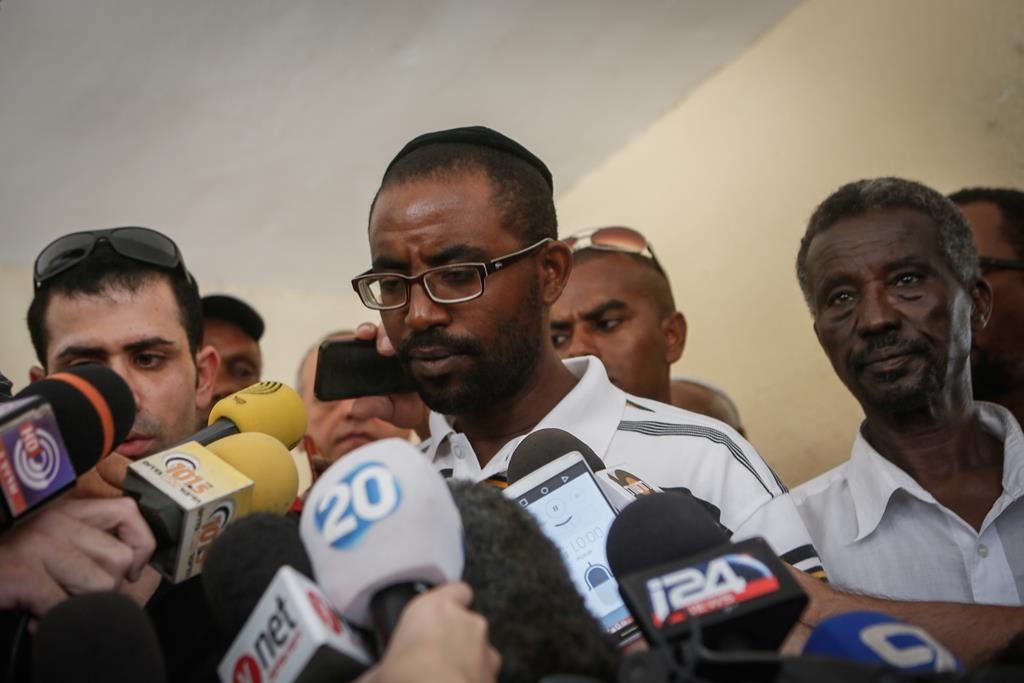 As expected, Israel’s new deal with Turkey does not include provisions for the return of missing IDF soldiers, alive or dead. The families of those soldiers are up in arms over the agreement, in which Israel agreed to pay Turkey $21 million in compensation for the lives of 9 Hamas-affiliated provocateurs who were killed when they attacked IDF soldiers on the Mavi Marmara, the infamous ship that was part of the 2010 Gaza flotilla.

On Monday, it was the turn of the family of Hadar Goldin, who was last seen being dragged into a terror tunnel by Hamas terrorists in August 2104, in the midst of Operation Protective Edge. Based on evidence, the IDF believes that he and fellow soldier Oron Shaul are dead, and that their remains are being held by Hamas. In a statement, the family said that they were “very disappointed with the agreement, which leaves the fate of our son and of Oron Shaul open. The agreement should have entailed the return of their bodies.”

Speaking to Israeli reporters after announcing the agreement in Rome Monday, Prime Minister Binyamin Netanyahu said that Israel was continuing to “do everything possible” to return the soldiers, and that it was Hamas, not Turkey, that was holding them. In response, the Goldin family said that Netanyahu’s declaration was “an empty one. He is operating in contradiction to his promise to us, and bringing Israel a problematic and bad agreement, which ignores the pain of the families and of the brave soldiers of Israel.”

Over the weekend, Herzl and Zahava Shaul, parents of missing IDF soldier Oron Shaul, called on Prime Minister Binyamin Netanyahu not to sign any deals with Turkey until arrangements were made for the return of their son Oron, along with Hadar Goldin. “Before you sign, before you decide, think about us,” they said, addressing Netanyahu. “We have been waiting for two years. Think about the Goldin family and the Shaul family. This is our opportunity to bring our sons home.”

On Sunday, the family of Avraham Mengistu, another soldier missing in Gaza and presumed to be alive, staged a protest outside the prime minister’s office, demanding that any arrangements for reconciliation with Turkey that promises Ankara a role in Gaza include the return of their son. Members of the Mengistu family and supporters decried the ongoing captivity of Avraham, and the apparent lack of concern on the part of the government and media in getting him released, a sharp contrast to the concern shown for IDF soldier Gilad Shalit several years ago.

“We have been waiting for a year and nine months for the government to do something and return Avraham, as they promised to do,” said Ilan Mengistu, Avraham’s brother. “Unfortunately, this deal with Turkey makes it appear as if we were fooled.” Mengistu called on Netanyahu to “stand up straight and demand the return of our brother. How can the government provide humanitarian aid to Gaza while leaving Avraham, who was not well, without help?”

As part of the agreement, Israel is allowing Turkey to become more active in Gaza, taking on projects such as the construction of a power plant. The Shauls said at the press conference that the deal represented their best opportunity to retrieve the remains of the soldiers. The families had hoped to use the deal as leverage with Turkey to force Hamas into returning Mengistu and the remains of the other soldiers.