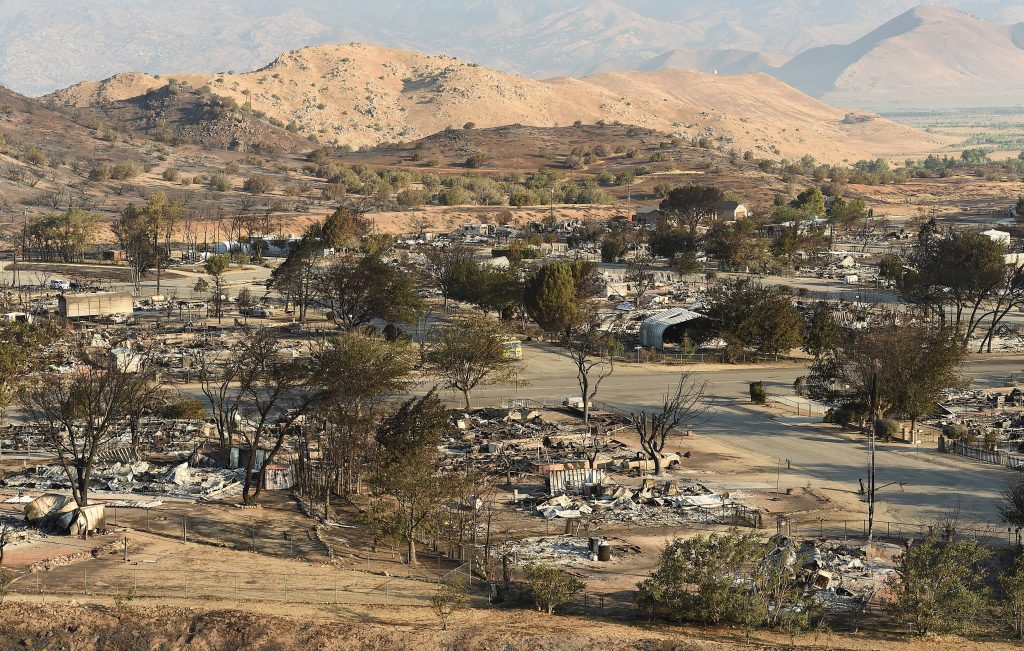 A devastating wildfire burning northeast of Bakersfield, Calif., in Kern County, continued to grow over the weekend and has now scorched more than 70 square miles, destroyed 150 homes and left entire communities under threat.

The Erskine fire was 45,388 acres and 40 percent contained Monday morning and has drawn more than 2,000 firefighters into the battle, according to the California Department of Forestry and Fire Protection.

Since the fire began Thursday, hundreds of residents have been staying in evacuation centers waiting to return, unsure if their homes are still standing. A cause for the fire is under investigation.

“That’s all we need — more information,” said Robert Larsen, a resident staying at Kernville Elementary School. “Is my home there?”

Many of the evacuees at the shelter had not bathed in days and were still wearing the same grimy, smoky clothes they had arrived in after the fire broke out. So their hearts sank when Kern County fire officials announced Sunday that evacuation orders would remain in place indefinitely.

“No one is going back into these areas until it safe to do so,” said Anthony Romero, a spokesman for Kern County. That message, he conceded, “is as frustrating to deliver as it must be frustrating to hear for all these people.”

Another heat wave is expected this week, which will only worsen conditions around California’s biggest active fire.

This week’s heat wave was expected to be about 5 to 10 degrees milder than last week’s record-shattering one, with temperatures mostly in the 90s and topping 100 in valley areas.

“With those temperatures, there’s not a lot of humidity to work with,” said Carlos Molina, a National Weather Service meteorologist. “Conditions up there are dry right now. It’s favorable for the fire to continue growing at this rate.”

Molina said the conditions would likely persist throughout the week.

Further complicating matters, Molina said, if moisture from a monsoon currently in Arizona reaches to Kern County, it could cause thunderstorms and lightning that may spark additional fires.