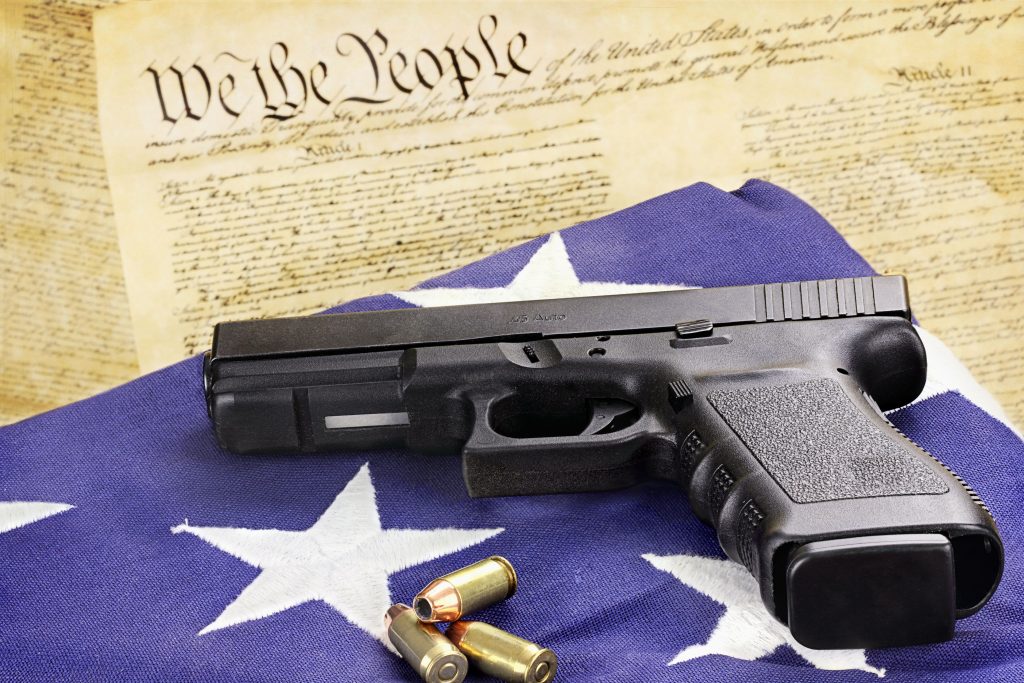 How else to describe the goal of last week’s 24-hour sit-in by House Democrats? They took to the floor Wednesday demanding a vote on gun control legislation in the wake of the Orlando terror attack.

Gun ownership is a right. Due process of law is a right. The government needs to meet a very high threshold before denying citizens either one.

Rep. John Lewis led the protest, which devolved into screaming matches early Thursday. The Georgia Democrat is an undisputed hero of the civil rights movement. He marched with Martin Luther King Jr. and suffered a fractured skull on “Bloody Sunday” on the Edmund Pettus Bridge in Selma. “It took us three times to make it all the way from Selma to Montgomery,” Lewis told reporters Thursday. “We have other bridges to cross.”

But the Democrats’ gun control efforts aren’t about justice. It’s a campaign to build a bigger, stronger, less accountable police state in the name of “safety” and “common sense.”

The Senate on Monday voted down four bills — two Democratic, two Republican — to expand background checks and prevent anyone on the government’s dozen or so terror watch lists from purchasing a gun. Sen. Dianne Feinstein of California argued her bill would have prevented the Orlando shooter from buying his weapons because he had been on the FBI’s list not once but twice.

Trouble is, Omar Mateen wasn’t on the list when he bought his guns. The FBI dropped him in 2014 when it decided he was more of a wannabe than a real risk. Unless Feinstein wants to pass legislation to prevent anyone who ever appeared on a watch list from buying a gun, her bill wouldn’t have made a difference.

But the bigger problem is the federal watch lists are an opaque mess. By some estimates, more than 1 million people appear on the lists. The government supposedly uses a “reasonable suspicion” standard for adding possible terror suspects. Because the lists are classified, however, official assurances about their reliability are impossible to verify.

But the American Civil Liberties Union — not ordinarily an ally of the National Rifle Association — describes the secret watch list system as “error-prone and unreliable,” using “vague and overbroad criteria and secret evidence” or sometimes no evidence at all.

If you happen to be on one of the lists by mistake, it’s next to impossible to clear your name. A federal judge in 2014 ruled the government’s process for hearing challenges “falls far short of satisfying the requirements of due process” and is “wholly ineffective.”

Oh, and get this: You don’t have to be a suspected terrorist to end up on the feds’ blacklist. The Guardian reports that the National Counterterrorism Center “permits relatives, including children, of watch-listed persons to be included.”

This is the system Democrats want to use to stop bad guys from buying guns?

Sen. Chris Murphy, the Connecticut Democrat who recently led a 15-hour filibuster to shame Republicans into allowing an up-or-down vote on Feinstein’s bill, said: “Republicans have decided to sell weapons to ISIS.”

No, Republicans have decided to make sure people are not denied the right to keep and bear arms without due process of law.

So what would have stopped the Orlando terrorist attack? One Florida gun shop owner could tell something wasn’t right with Mateen. He refused to sell the killer a gun and called the FBI. The FBI did nothing.

Maybe instead of sitting around and chanting “no bill, no break,” Democrats could work with Republicans to give federal law enforcement the resources it needs to follow up next time.