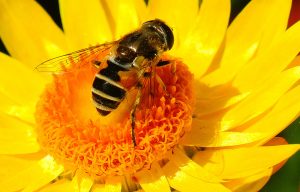 New York plans to spend $500,000 to restore pollinator colonies in the state.

Also part of the plan is more research on threats from pesticides, pathogens and parasites. Pollinator gardens and interpretative signs at some state parks will contribute to an education campaign that will include a team of experts available to consult with beekeepers.