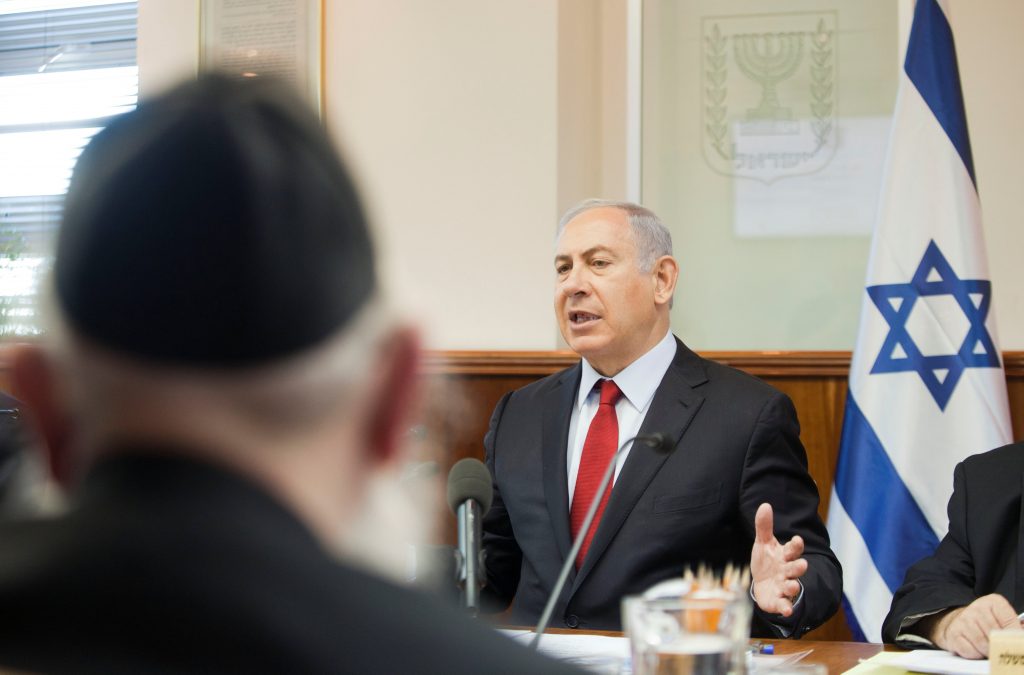 The withdrawal of Britain from the European Union is unlikely to affect Israel directly, Prime Minister Binyamin Netanyahu said Sunday. Speaking at the weekly cabinet meeting, Netanyahu said that the only effect on Israel will be an indirect one, as it would any other member of the global economic community.

“I can tell you one thing,” Netanyahu told the ministers at the meeting. “Israel’s economy is stable. It is strong, and we have large reserves of foreign currency. So if there is an effect, it is not expected to be a large one, other than the upheavals in world markets. As this process is unfolding, I think Israel’s situation is positive.”

With the U.K. withdrawing from the European Union, London will be withdrawing from economic agreements with member countries, as well as from agreements the EU has made with other countries – including Israel. Currently, Israel has a free trade agreement with the EU, and that agreement includes Israel’s trade agreement with Britain. Now, that will have to be renegotiated, as the U.K. will no longer be part of that agreement, said Ohad Cohen, head of trade in the Economy Ministry.

“It is in the interests of both countries to maintain their current economic relationship, and perhaps even to improve it,” Cohen’s office said in a statement. “Even within the scope of Israel’s agreement with the EU, we take into consideration the needs of the individual countries we work with.”

The Free Trade Agreement between Israel and what would eventually become the European Union was signed with the European Economic Community in 1975. Under the deal, most duties on industrial and agricultural products between both entities were eliminated or greatly reduced.

In addition, there are separate agreements dictating VAT (value added sales tax) payments made within the EU, and between the EU and Israel. Generally, VAT payments made in one entity are discounted against payments in countries participating in the agreement on VAT. Currently, the VAT payments in EU countries is 15 percent, but Israeli experts believe that this could be reduced, as the U.K. will seek to attract foreign business when it is no longer bound by EU rules.