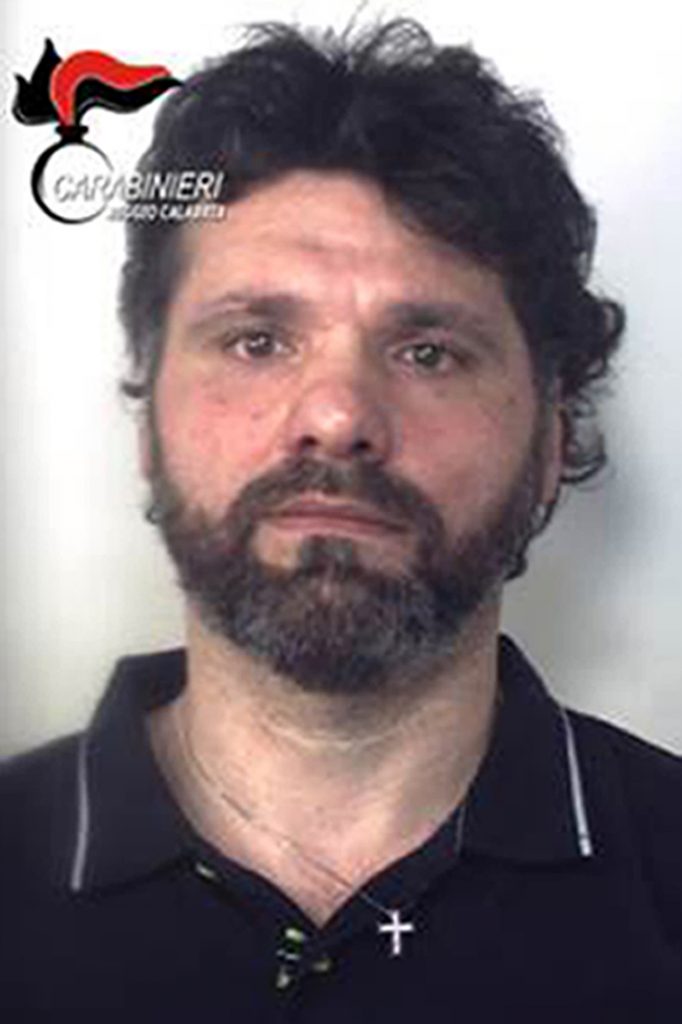 Italy’s second most sought-after fugitive, a convicted, ruthless ‘Ndrangheta crime syndicate boss, was captured Sunday as he slept in his bed in a hideout in the rugged Calabrian mountains, police and prosecutors said.

Ernesto Fazzalari “went from his sleep to the handcuffs of the Carabinieri” – paramilitary police – after 20 years on the run, Col. Lorenzo Falferi told reporters in Reggio Calabria.

Reggio Calabria Prosecutor Federico Cafiero De Raho described Fazzalari as “a merciless killer” and a protagonist of the 1991-1992 turf feud between ‘Ndrangheta clans that bloodied the Taurianova town area of Calabria in the “toe” of the Italian peninsula. In one macabre episode in the feud, a victim’s head was tossed into the air and shot at as a target.

Falferi called Fazzalari, 46, one of Italy’s most dangerous fugitives from the ‘Ndrangheta. One of the world’s most powerful crime syndicates, the ‘Ndrangheta has spread its tentacles from its Calabria base up through northern Italy. Investigators say it also has clansmen and logistics bases in much of Europe, as well as in South America, where it protects its interests in international drug-trafficking rings.

Hanging over Fazzalari’s head is a life sentence. He has been convicted of two murders, attempted murder, extortion and being a member of a Mafia-like organization. He went into hiding when an arrest warrant was issued as part of an investigation that ultimately led to his conviction. Interior Minister Angelino Alfano noted that Fazzalari was also wanted for drug trafficking and robbery.

Authorities said Fazzalari was sleeping when he was arrested. He had a pistol and two loaded magazines but didn’t get a chance to use them, said Lt. Col. Alessandro Mucci.

The No. 1 wanted fugitive in Italy is Matteo Messina Denaro, a Sicilian Cosa Nostra chieftain whose power base is in Trapani in western Sicily.

In the Italian organized crime world, the expression “on the run” has limited meaning. Many fugitives when captured are still living and conducting business in their own turf.

Two of Messina Denaro’s predecessors, at the top of the most-wanted list, were nabbed smack in their power bases: Salvatore “Toto” Riina, captured in 1993 in Palermo after 23 years as a fugitive, and Bernardo Provenzano, arrested in 2006 near his Corleone stronghold after some 43 years on the lam.

Fazzalari’s two decades spent eluding capture were aided by a combination of a widely-followed code of silence known as “omerta” and complicity from local citizens, authorities said.

He and his ‘Ndrangheta allies’ controlled every clod of dirt,” Prosecutor Cafiero De Raho said. “He was feeling protected in his territory, by his people.”