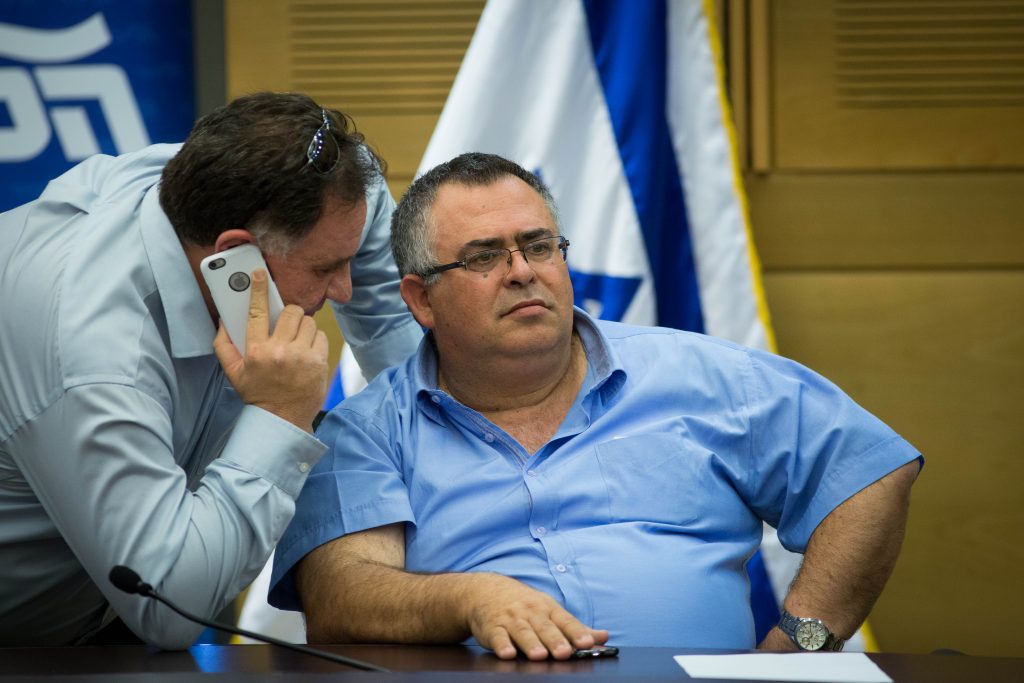 Coalition Chairman MK David Bitan (Likud) noticed out loud what many others have noticed—that top security officials tend to move leftward politically—and got blasted by the center-left opposition for doing so.

“Over the years something happens to people who serve as Mossad or Shin Bet [security agency] directors,” Bitan remarked at a cultural event in Beersheva. “I believe that during their term in office they develop leftist political views,” he was quoted as saying by Israel Hayom.

He cited the late Mossad director Meir Dagan as a case in point: “Coming into the Mossad he was a radical rightist, and coming out he was a leftist. With the exception of [former Shin Bet Director and Likud MK] Avi Dichter, everyone in the Mossad and the Shin Bet are leftists.”

Bitan’s observation aroused the ire of opposition MKs, though they did not deny its accuracy.

“I condemn the coalition chairman’s blatant statement, meant to do nothing but cover for the stagnation and passiveness plaguing government policies,” Yesh Atid MK Yaakov Peri, a former Shin Bet chief, said in response. “This is nothing more than populism. Lashing out at the heads of the defense establishment is highly inappropriate. Is ‘leftist’ a derogatory term?”

Zionist Camp MK Erel Margalit offered a reason for the phenomenon: “The coalition head fails to see that it’s not something in the Mossad and Shin Bet chiefs’ water — it’s the fact they see reality clearly. Both agencies’ heads see things as they are.”

Opposition Leader Isaac Herzog warned, “Coalition head Bitan made a dangerous statement. You can joke about it, you can say it was a slip of the tongue, but I think he knew exactly what he was saying.”

Bitan answered on Army Radio that “the opposition is blowing this out of proportion. It’s possible they [the Mossad and Shin Bet directors] changed their [political] views because of their tenure, and when they retire they lash out at the prime minister. ‘Left’ is not a derogatory term, I have no criticism there. I was talking about the leftist positions expressed by former defense chiefs.”