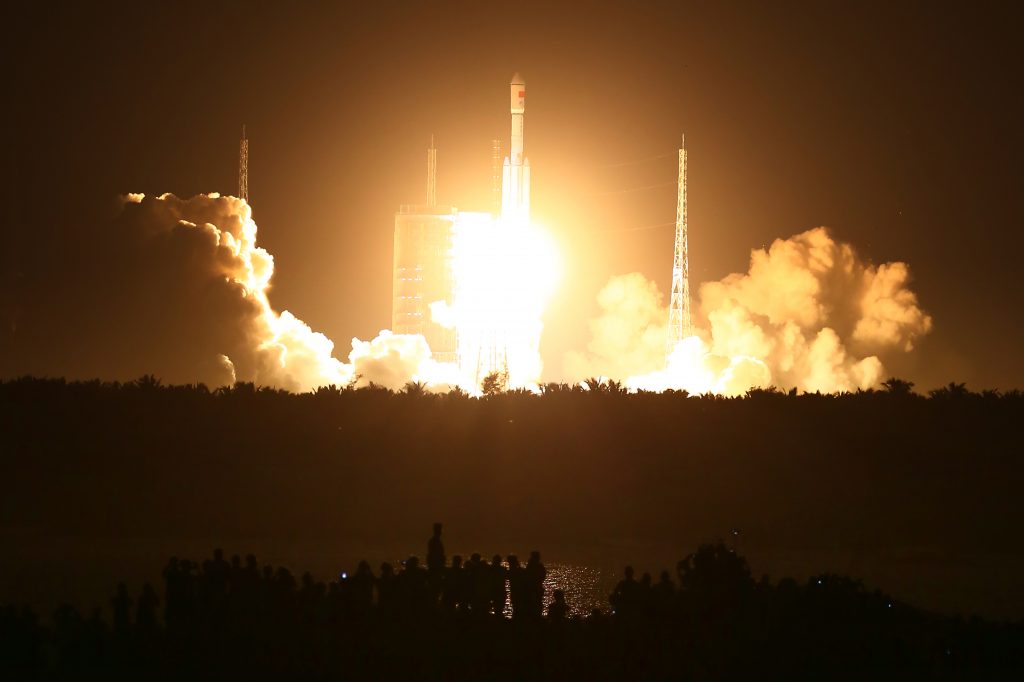 China on Sunday recovered an experimental probe launched aboard a new generation rocket, marking another milestone in its increasingly ambitious space program that envisions a mission to Mars by the end of the decade.

The launch of the spaceship aboard the newly developed Long March 7 rocket on Saturday was hailed as a breakthrough in the use of safer, more environmentally friendly fuels. The launch also marked the first use of the massive new Wenchang Satellite Launch Center on the southern island province of Hainan.

Since launching its first manned mission in 2003, China has sent up an experimental space station, the Tiangong 1, staged a spacewalk and landed its Yutu rover on the moon.

Its second space station, the Tiangong 2, is due to be slung into space in September.

Following that, the Shenzhou 11 spaceship with two astronauts on board is scheduled to dock with the station and remain for several days. Administrators suggest a manned landing on the moon may also be in the program’s future.

A source of enormous national pride, China’s military-backed space program plans a total of 20 space missions this year at a time when the U.S. and other countries’ programs are seeking new roles.

China is also developing the Long March 5 heavier-lift rocket needed to launch the Tiangong 2 and other massive payloads.

China plans to launch a mission to land a rover on Mars by 2020, attempting to recreate the success of the U.S. Viking 1 mission that landed a rover on the planet four decades ago.