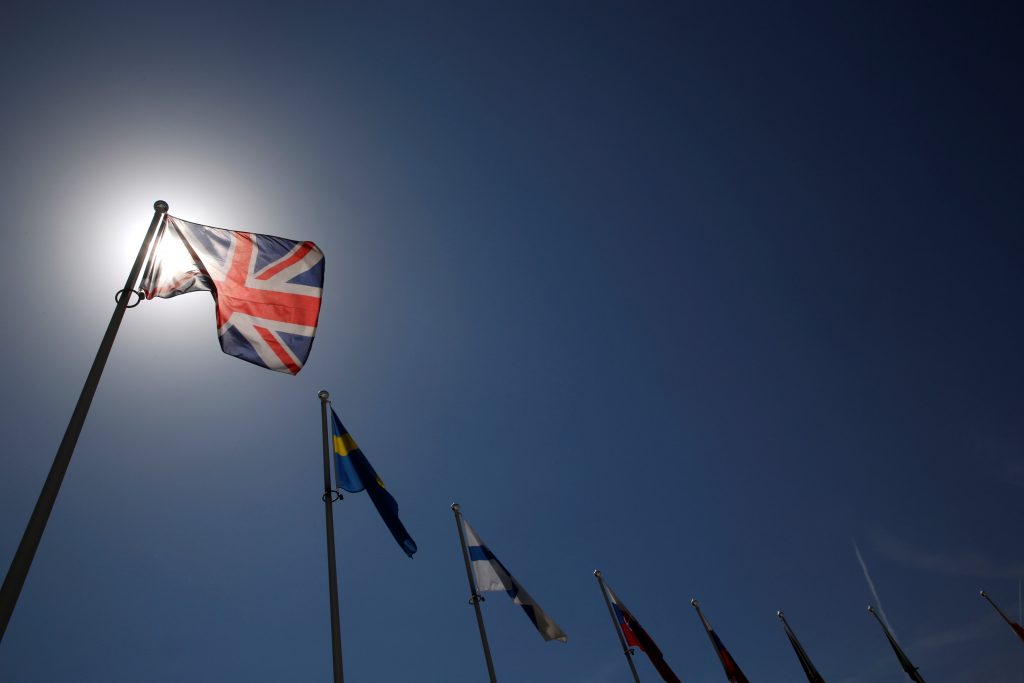 The British were warned for weeks that a vote to leave the European Union would result in economic pain. Now they’ll find out whether that is true or not.

U.K. financial leaders are scrambling to reassure households, businesses and investors that they can contain the doom and gloom they had predicted in case of a British exit, or Brexit. The pound plunged to its lowest level in over 30 years on Friday, raising concerns about price inflation, and shares in the U.K.’s biggest banks and real estate builders posted double-digit declines as economists predicted the country would fall into recession.

Economists slashed their forecasts for Britain, with some expecting a recession and next to no growth next year. That’s a sharp reverse for an economy that had been among the best-performing in the developed world in recent years.

In an early sign of problems, Moody’s Investors Service downgraded the U.K. outlook from “stable” to “negative.” The referendum result, it said, “will herald a prolonged period of uncertainty for the U.K., with negative implications for the country’s medium-term growth outlook.”

Only the soothing reassurances of Bank of England Governor Mark Carney managed to ease the market carnage on Friday, as he pledged to stabilize markets if needed. But beyond the short-term market turmoil, the concern is what the vote means for the national economy and its 64 million people.

Before the vote, with campaigning in full swing, the British Treasury had estimated that an exit from the EU would cost the country the equivalent of £4,300 ($5,900) per household. Tax receipts would face a £30 billion shortfall that would have to be filled with tax increases on income and inheritance. House prices, the Treasury had said, could be as much as 18 percent lower by 2018 than if the country hadn’t left the EU.

Campaigners for “leave” dismissed this as scaremongering. With the vote result confirmed, the “remain” camp sought to shift away from warnings and into damage control: trying to maintain confidence in the business community and among households.

The City of London Corporation, which represents the financial services industry, a big maker of money and jobs for the country, sought to downplay the impact of the vote on the City, the square mile that is the heart of London’s financial hub.

“The City of London has thrived as a financial and trading center for more than a thousand years and will continue to do so,” Mark Boleat, policy chairman for the Corporation, said in a statement. “There will be no mass exit of banks and financial institutions from the square mile. While there will be uncertainty as Brexit negotiations go on, we are still the financial center of the fifth-largest economy in the world.”

Some companies, particularly banks, had said they could move jobs away from London if Britain leaves the EU. That is likely to cost some jobs. How many is yet to be seen.

The British economy could also find it more costly to raise money. Ratings agency Standard & Poor’s is considering downgrading the country because of the uncertainty related to the vote. A lower rating could mean higher borrowing costs for the government — and in the longer term, less money to spend on schools, hospitals and roads.

“The real question now is how badly the EU will punish the U.K. for this decision,” said Megan Greene, chief economist at Manulife Asset Management.

Others were looking on the bright side.

At First Property Group, a London-based real estate investment firm, Chief Executive Ben Habib, who backed leaving the EU, said the vote means Britain will now be able to drive a better deal with the rest of Europe.

Supporters of the “leave” campaign accepted that there was a potential economic cost to leaving the EU, but have claimed it is a short-term price to pay in exchange for greater control of policies like immigration and borders.

“We now have the foundations for a very good negotiation with the EU,” Habib said, while minimizing the market turmoil. “The markets are gyrating, but these are gyrations and will not materially affect our economy.”

Habib said the pound’s drop would help British exporters by making their goods cheaper and more competitive in the global marketplace.