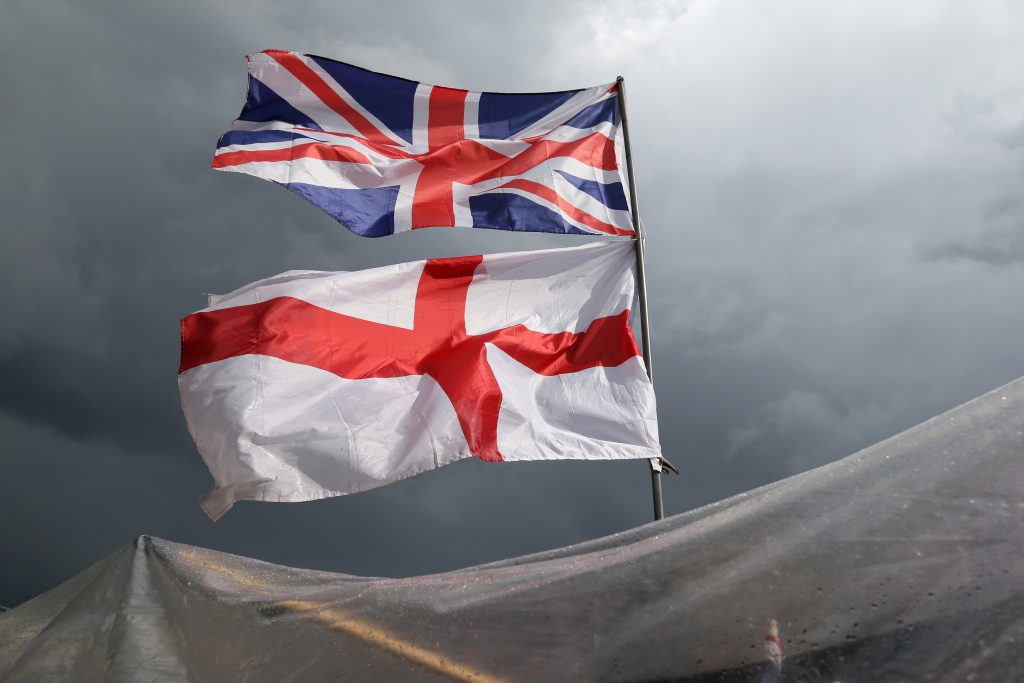 The political fallout from Britain’s stunning decision to leave the European Union sharply escalated Sunday, with debate growing inside the governing Conservative Party over choosing a successor to Prime Minister David Cameron and a coup attempt emerging against the leader of the opposition Labour Party.

The day was marked by a succession of fast-moving events against the backdrop of a leadership crisis in the aftermath of Thursday’s Brexit vote. The political maneuvering came as Britain and other nations prepared for more potential financial shocks when markets open on Monday after Friday’s worldwide selloff.

The turmoil here underscored the degree to which the decision to break with Europe — an action seen widely here as the most significant event in the postwar history of Britain — has left the country politically divided, deeply unsettled and in uncharted territory on multiple fronts.

The complex process of negotiating the terms of the separation from the European Union has suddenly collided with a leadership crisis triggered by a voter revolt against the nation’s political establishment.

The decision by Cameron to hand off to his successor the issue of how to exit the EU and the absence so far of any concrete plans advanced by the government or by leaders of the “Leave” campaign who could inherit that responsibility have heightened the uncertainty and increased tensions across the political spectrum.

Sunday opened here with news that Labour Party leader Jeremy Corbyn had fired one of the most senior members of his leadership team, Hilary Benn, after Benn had told the leader he had lost confidence in him.

The sacking of Benn led to a succession of resignations by other members of the Labour cabinet. By late in the day, nine others had quit their positions in what amounted to a rolling repudiation of Corbyn’s leadership by his elected colleagues.

The Labour revolt reflected fears that the party could suffer what Benn called a “catastrophic” defeat if, as expected, there is a general election called later this year after the Conservative Party chooses a new leader to succeed Cameron.

“He’s a good and decent man, but he is not a leader,” Benn said of Corbyn during an interview with the BBC’s Andrew Marr. “That’s the problem.”

Corbyn faces a vote of no confidence among his parliamentary peers this week. The two Labour members of Parliament who offered the motion, Margaret Hodge and Ann Coffey, sent a letter to their colleagues expressing pessimism about the party’s future under Corbyn.

“If a general election is called later this year … we believe that under Jeremy’s leadership we could be looking at political oblivion,” they said.

Corbyn has vowed to stand firm against efforts to oust him and began to rally a counter movement to fend off the coup attempt. As the resignations came one after another Sunday, his allies rushed to his defense, with more shows of support planned for early in the week.

Corbyn was elected just a year ago with overwhelming support from rank-and-file members of the party. That base still appears to be strong, despite the defections among elected leaders, setting up the possibility of a disastrous civil war between the party’s progressive grassroots and many elected leaders who come from Labour’s centrist wing and others.

The fate of Corbyn, however, is currently seen as secondary to the question of who will lead the Conservatives, as that person will immediately become prime minister upon Cameron’s official resignation. Cameron said Friday he wants to see a successor in place by early October.

Boris Johnson, the former mayor of London and the leading voice in the campaign to exit the EU, is considered the favorite to take over from Cameron. But Johnson is a magnet for controversy. Newspapers Sunday were filled with reports of gathering efforts by other Conservatives to deny him the post he has long been maneuvering to claim.

Despite Johnson’s position as the Conservative frontrunner, the leadership contest could end up with a number of candidates seeking to block his path. One potentially strong challenger is Theresa May, currently the home secretary and a quiet campaigner in favor of Britain remaining in the EU. But some Tory leaders say the next prime minister should come from the party’s pro-Brexit wing.

Cameron has been largely invisible since he emerged Friday morning to announce his intention to resign. So too has his ally George Osborne, the British finance minister. He is the architect of the government’s economic policies and is regarded as a key player in dealing with the economic and budgetary fallout from Brexit. But his hopes of becoming prime minister have taken a beating because of the Brexit decision.

The most visible leader in Britain in the days since the vote has been Nicola Sturgeon, the head of the Scottish National Party. On Sunday, she continued to press for a new independence referendum, a move that could lead to the dismantlement of the United Kingdom.

Scotland’s voters rejected a similar referendum in 2014 but Sturgeon said Sunday on the BBC Scotland, “The U.K. that Scotland voted to remain within in 2014 isn’t there anymore.”

On the Brexit referendum, Scotland voted strongly to remain in the EU. Since then, Sturgeon has said she would seek negotiations directly with European leaders in Brussels in an effort to keep Scotland in the EU as a way to protect the region’s economic interests.

A query to the EU offices about the possibility of Scotland negotiating separate standing produced a text reply from spokesman Daniel Rosario: “Scotland is part of the U.K.,” he said. “The respective constitutional arrangements apply. We will not speculate further.”

Sturgeon on Sunday also raised the possibility of the Scottish Parliament blocking Britain from leaving the EU, but other officials said they doubted that was within the powers of the Scottish body, saying that withholding consent would not amount to a veto.

Since Thursday’s vote, European leaders have pushed back against Cameron’s desire to delay triggering the formal process of withdrawing from the EU under the bloc’s Article 50. On Saturday, foreign ministers from the six original members of the EU spoke as one in calling on Britain to get moving “as soon as possible.”

German Chancellor Angela Merkel, however, offered a softer tone, suggesting more patience over the timing of the start of the divorce proceedings.

Amid the public pressure from Europe for Britain to quickly trigger Article 50, there were also suggestions that the continental leaders believed all hope was not yet lost.

In an interview with the Redaktionsnetzwerk Deutschland newspaper published Sunday, Merkel’s chief of staff Peter Altmaier said politicians in London should be given an opportunity to re-evaluate the “consequences” of exiting the bloc, suggesting the Germans believed there might still be a chance to keep Britain in the fold.

The posture of the European leaders could become clearer this week during a series of scheduled meetings. On Monday, Merkel, French President Francois Hollande and Italian Prime Minister Matteo Renzi plan to huddle in Berlin to coordinate their demands for Britain ahead of a Tuesday summit of all 28 EU leaders in Brussels.

Cameron will be present for that Tuesday meeting and will no doubt be asked to explain himself over what could be a foul-spirited dinner. On Wednesday, the leaders will kick Cameron out of the room and discuss how to handle what will likely be years of torturous separation negotiations.

President Barack Obama spoke with Cameron on Friday and in the subsequent days there have been multiple conversations between administration officials and their European and Asian counterparts about the economic and security implications of the Brexit vote.

The United States has taken no position on the dispute over how quickly the proceedings should begin.

Secretary of State John F. Kerry plans to visit Brussels and London on Monday. Speaking in Rome on Sunday, he said the United States respected the will of the voters in Britain and that he and Obama, who had urged a vote to remain, were confident that “we will be able to work through this in a sensible way.”