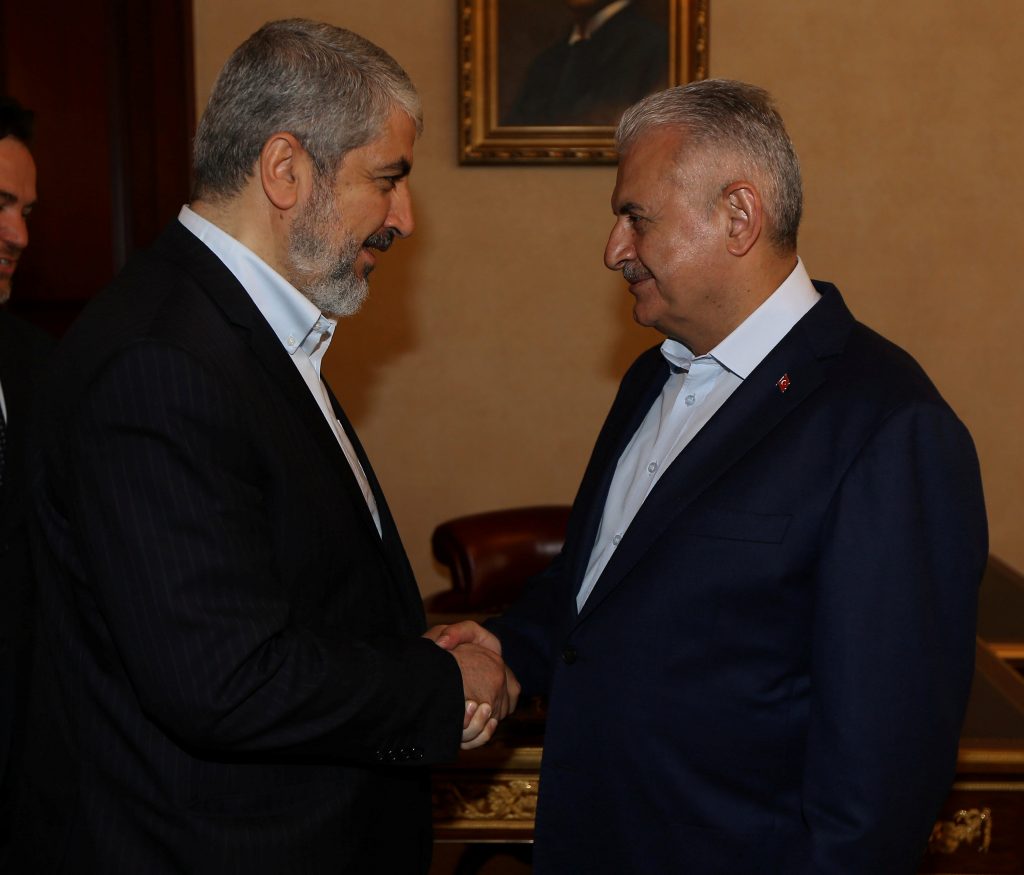 Turkish President Tayyip Erdogan met with Khaled Meshaal, leader of the Palestinian terror group Hamas, in Istanbul on Friday, Turkish presidential sources said, as expectations grow that Ankara is close to patching up a six-year rift with Israel.

Once-strong bilateral ties between them fell apart when Israeli commandos killed 10 Turkish provocateurs while storming the Mavi Marmara, a ship in a convoy seeking to break an Israeli naval blockade of the Palestinian territory of Gaza in 2010.

Turkey has told Israel to apologize, pay compensation and lift the blockade. For Israel, limiting Hamas activity in Turkey has been a key demand.

The presidential sources said Erdogan and Meshaal discussed efforts to ease disagreements among Palestinians and humanitarian aid provided by Turkey.

Foreign Minister Mevlut Cavusoglu said earlier this month Turkey was one or two meetings away from normalizing ties with Israel.

He said on Wednesday that the meetings with Hamas, which would continue, were not an obstacle to this.