Politics In Need of Help, Trump Finds Few Willing to Work for Him
Politics 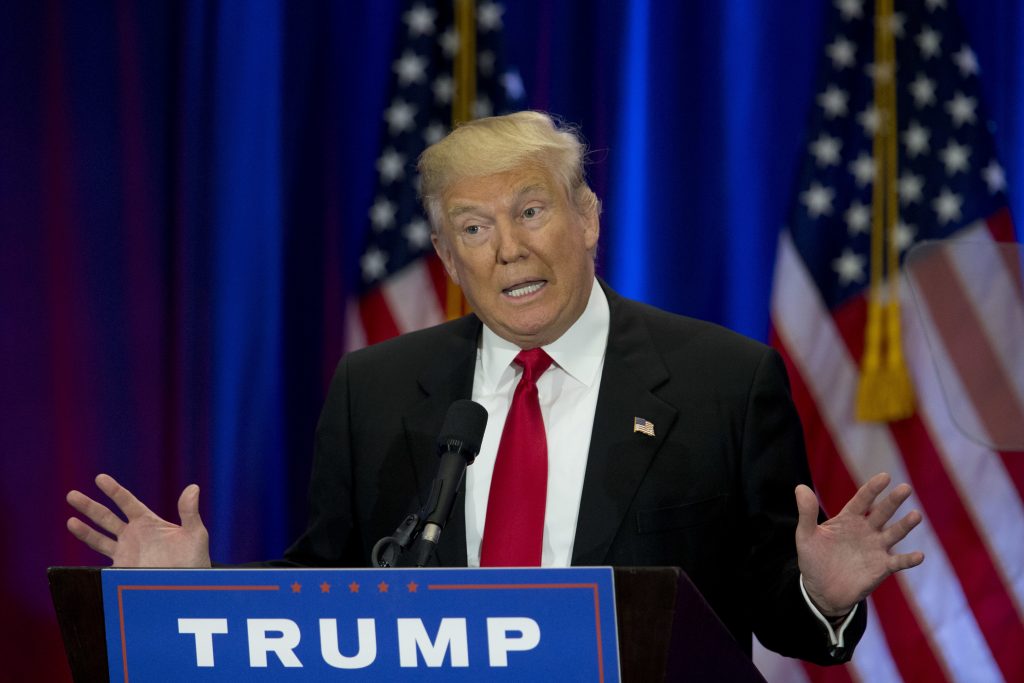 Donald Trump has finally acknowledged that to best compete against Hillary Clinton, he needs more than the bare-bones campaign team that led him to primary success. But many of the most experienced Republican political advisers aren’t willing to work for him.

From Texas to New Hampshire, well-respected members of the Republican Party’s professional class say they cannot look past their deep personal and professional reservations about the presumptive presidential nominee.

While there are exceptions, many strategists who best understand the mechanics of presidential politics fear that taking a Trump paycheck might stain their resumes, spook other clients and even cause problems at home. They also are reluctant to devote months to a divisive candidate whose campaign has been plagued by infighting and disorganization.

Trump leapt into presidential politics with a small group of aides, some drafted directly from his real estate business, with no experience running a White House campaign. An unquestioned success in the GOP primaries, they have struggled to respond to the increased demands of a general election.

As in years past, the primary season created a pool of battle-tested staffers who worked for other candidates, from which Trump would be expected to draw. But hundreds of such aides have so far declined invitations to work for him.

They include several communications aides to Chris Christie, as well as the New Jersey governor’s senior political adviser, Michael DuHaime, who has rejected direct and indirect inquiries to sign on with the billionaire.

Chris Wilson, a senior aide to Ted Cruz, said the Texas senator’s entire paid staff of more than 150 ignored encouragement from Trump’s team to apply for positions after Cruz quit the presidential race. Wilson said that even now, many unemployed Cruz aides are refusing to work for the man who called their former boss “Lyin’ Ted.”

That’s the case for Scott Smith, a Texas-based operative who traveled the country planning events for Cruz, and earlier worked on presidential bids for Bush and Texas Gov. Rick Perry.

Smith, like many experienced strategists interviewed for this story, noted the intense personal sacrifice required of presidential campaigns. Many advisers do not see their families for long stretches, work brutal hours on little sleep and enjoy no job security.

With Trump, Smith said, “I would feel like a mercenary. I can’t be away from my young children if it’s just for money.”

Trump’s need for additional staff is acute. His paltry fundraising network brought in less than $2 million last month. He has just one paid staffer to handle hundreds of daily media requests and only a few operatives in battleground states devoted to his White House bid.

Campaign spokeswoman Hope Hicks did not respond to multiple requests for comment about the campaign’s hiring. A former adviser, Barry Bennett, played down any staffing challenges, suggesting the campaign should be able to double its contingent by the party’s national convention next month.

Trump announced four new hires in the past week to supplement a staff of about 70. That’s compared with Clinton’s paid presence of roughly 700, many of them well-versed in modern political strategy.

A new generation of top talent active in more recent years has shown little interest in Trump. In Iowa, experienced operative Sara Craig says she will not work for Trump or even support him. “I am more interested in working on down-ballot races,” said Craig, who helped elect Joni Ernst to the Senate from Iowa and directed a pro-Bush super political action committee.

Ryan Williams, who worked on Mitt Romney’s presidential campaigns, said he’s happy working for a consulting firm, where he’s involved with various other elections across the country, as well as with corporate clients.

“When you sign up for a campaign, you’re putting your name on the effort. Some of the things that Trump has said publicly are very hard for people to get behind,” Williams said.

But Paduchik offered the kind of positive perspective expected of a campaign on the move.

“It’s been great, the response I’ve gotten,” Paduchik said. “Republicans in every corner of Ohio are excited about Mr. Trump’s campaign.”