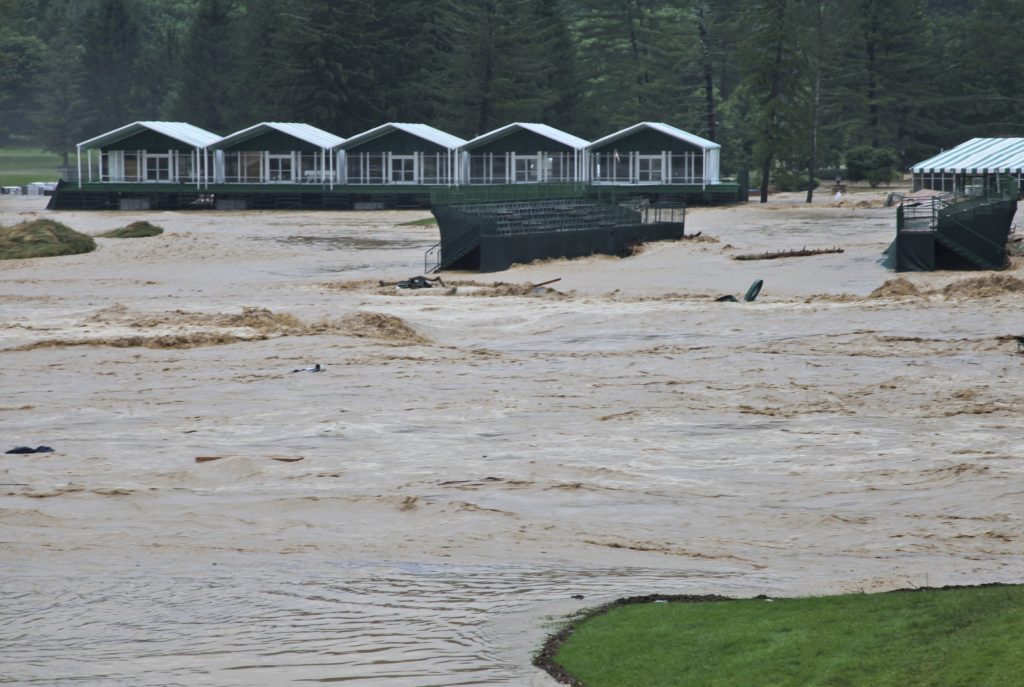 Heavy rains that pummeled West Virginia left at least 23 people dead, and authorities said Saturday that an unknown number of people in the hardest-hit county remained unaccounted for.

Most of the dead and all of the missing, officials believe, were in the county of Greenbrier — home of the renowned golf resort of the same name.

“The reports we got this morning are that Greenbrier County may still have some folks unaccounted for. It does not appear there are unaccounted for people in other counties, but it’s still a somewhat fluid situation,” said Chris Stadelman, Gov. Earl Ray Tomblin’s chief of staff.

Stadelman said there were still “lots of folks in shelters” and that state would apply for federal disaster funds. Scores of homes were damaged.

Also Saturday, Tomblin asked federal authorities for a major disaster declaration to get help for Greenbrier and the two other counties hardest hit by flooding. Tomblin’s office said he made an expedited verbal request to the Federal Emergency Management Agency for individual assistance for Kanawha, Greenbrier and Nicholas counties. Individual assistance includes housing and crisis counseling.

The state Division of Homeland Security reported 15 people killed in Greenbrier County. Other deaths were reported in Kanawha, Jackson and Ohio counties. About 500 people were stranded overnight in a shopping center when a bridge washed out, and dozens of other people had to be plucked off rooftops or rescued from their cars.

Some of the heaviest rainfall was in Greenbrier County, where The Greenbrier luxury resort and golf course is nestled in the mountains.

About six buses full of people whose homes were either without power or too damaged to inhabit were evacuated. Some were taken initially to a fire department facility, but then it flooded so they were moved to an abandoned store.

Search and rescue teams went house to house, marking those checked with a spray-painted ‘X.’ A water department filtration system, built with a $2.6 million loan, was damaged, Pendleton said.

Help came from multiple sources, including two search and rescue teams from Virginia.

An area near the West Virginia-Virginia border received at least 9 inches of rain while other parts of the state had 3 to 5 inches, National Weather Service hydrologist John Sikora said.