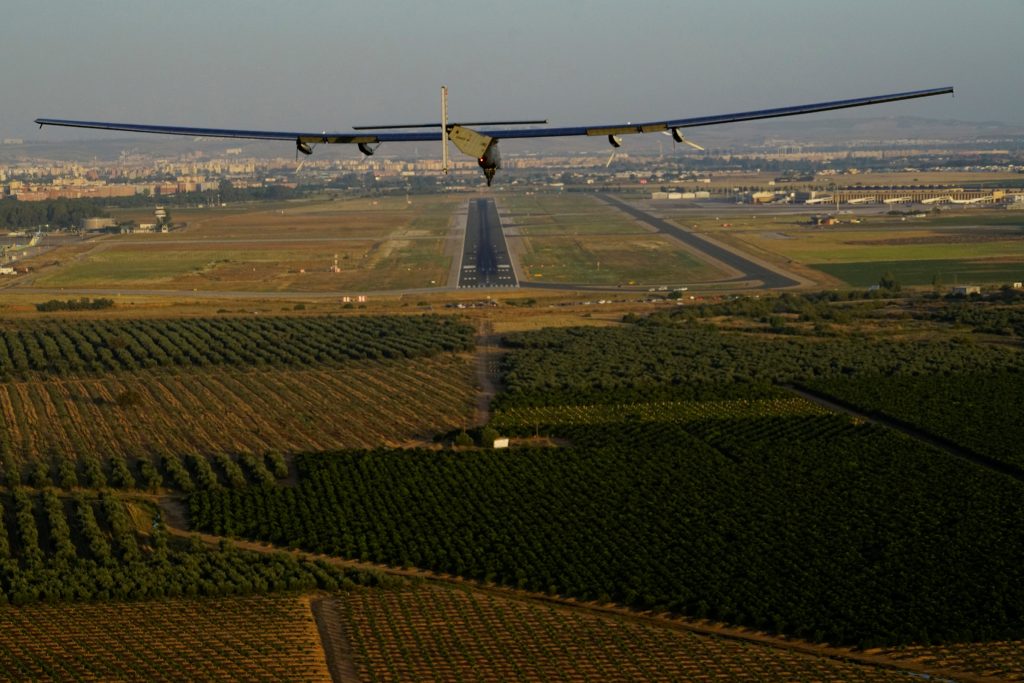 An airplane powered solely by the sun landed safely in Seville in Spain early on Thursday after an almost three-day flight across the Atlantic from New York. This was one of the longest legs of the first ever fuel-less flight around the world.

The single-seat Solar Impulse 2 touched down shortly after 7:30 a.m. local time in Seville after leaving John F. Kennedy International Airport at about 2.30 a.m. EDT on June 20.

The flight of just over 71 hours was the 15th leg of the round-the-world journey by the plane, piloted in turns by Swiss aviators Bertrand Piccard and Andre Borschberg.

With a cruising speed of around 45 miles per hour, similar to an average car, the plane has more than 17,0000 solar cells built into its wings, which have a span bigger than that of a Boeing 747.