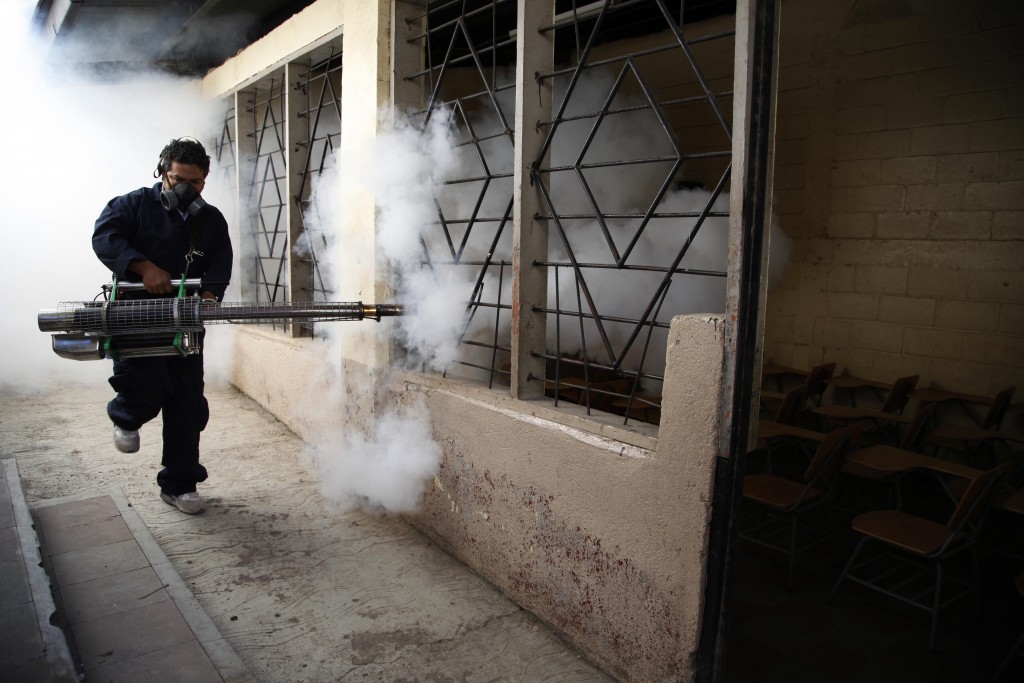 The House has passed a $1.1 billion House-Senate measure to combat the Zika virus, but the GOP-drafted measure is a nonstarter with Senate Democrats and the Obama White House.

The measure was unveiled late Wednesday and approved by the House early on Thursday morning by a 239-171 vote that broke along party lines.

The vote came after Democrats hijacked the House floor for virtually all of Wednesday and well into Thursday, protesting GOP inaction on gun legislation in the wake of the mass shooting in Orlando. GOP leaders called the vote abruptly, permitting no debate, and immediately adjourned the House through July 4.

The rapid turn of events of Zika ignited another round of the partisanship that has dogged the measure from the start and raised questions about whether lawmakers will manage to pass anything on Zika in the short time left before exiting Washington in mid-July for the political conventions.

Now, the House-passed compromise measure advances to the Senate, where Democrats promise to filibuster it to death.

Thursday’s measure splits the difference between earlier House- and Senate-passed versions. It matches a bipartisan $1.1 billion figure adopted by the Senate last month to combat the Zika virus, which can cause grave defects and can be transmitted by mosquitoes.

The House was largely satisfied in their demand to pair the Zika funding with about $750 million in offsetting cuts to spending, including $543 million in unused funds from implementation of Obama’s health care law and $107 million in cuts to leftover Ebola funding.

Democrats also opposed cutting unspent money to pay for the Zika measure, saying it is wrong to require spending cuts to pay for a response to a public health crisis while not requiring them for past emergencies such as wildfires, floods and Ebola.

Rep. Nita Lowey, D-N.Y., said the offsetting spending cuts would “set a precedent that will hinder our ability to respond to the next public health crisis, natural disaster, or national security event.”

But Republicans said that the cuts were in fact relatively innocuous. For instance, the $543 million cut to “Obamacare” was to a pot of money aimed at helping territories set up health insurance exchanges under the law. None of them did so. And Democrats privately signaled they could live with the additional $100 million-plus cut to overseas Ebola aid.

Democrats on the Appropriations Committee had engaged in talks about the offsetting cuts, but top Democrats like Minority Leader Harry Reid of Nevada adopted a harder line that ultimately prevailed. Reid and his top lieutenants issued statements blasting the GOP measure, and appear comfortable at the prospect of killing it.

What might happen if Senate Democrats are united behind a filibuster is uncertain. But time to pass the measure to provide money to battle the virus, which can be spread by mosquitoes common in much of the U.S., is slipping away as Congress is slated to recess for the party political conventions in mid-July.

The Zika funding was attached to an $82 billion measure funding the Department of Veterans Affairs and military construction projects. That measure is among the most popular of the 12 annual appropriations bills, and Republicans held out hope that its popularity might break free enough Democrats for it to squeak through the Senate.

More than 2,200 cases of Zika infection have been reported in the U.S. and its territories, especially Puerto Rico — including more than 400 women at risk of babies with major deformities like microcephaly, a condition in which babies are born with smaller brains that might not have developed properly. Thus far, there have been no cases of mosquito-borne Zika in the U.S., but public health officials fear isolated outbreaks, especially in the South.