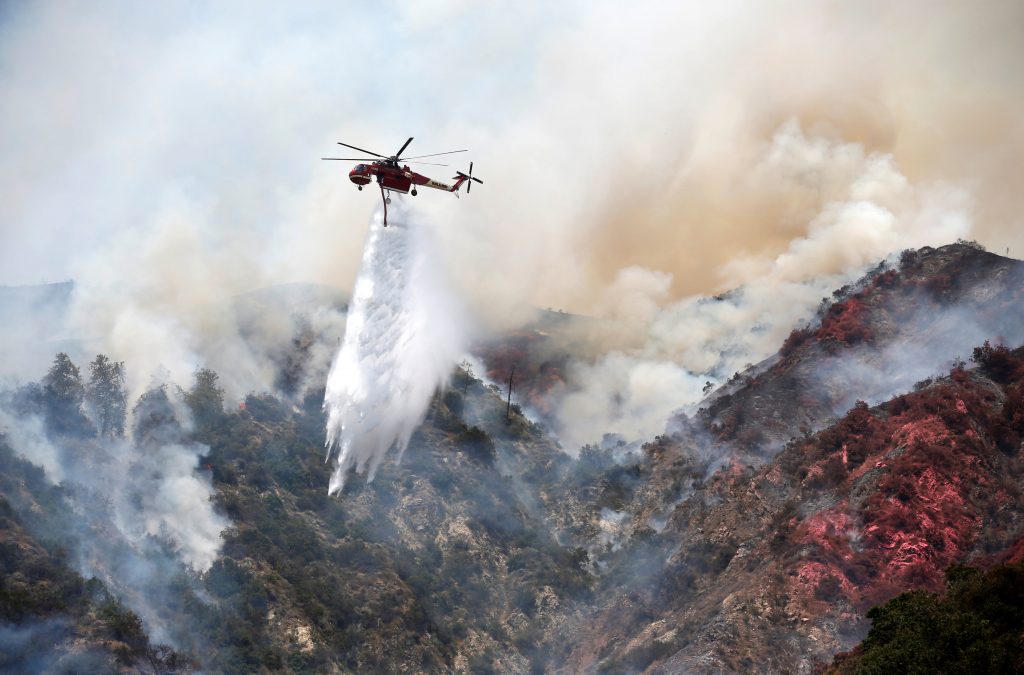 The National Weather Service issued so-called red flag weather warnings for a tract of southern California for Thursday, including for mountains in Los Angeles and Santa Barbara counties where wildfires were already burning.

“We’re preparing for what could be another busy day,” Berlant said.

Authorities on Wednesday lifted evacuation orders on 534 homes in foothills northeast of Los Angeles that had been imposed as firefighters struggled to get control of two wildfires called the San Gabriel Complex. Evacuation orders were still in effect for another 324 homes.

As of Wednesday night, the blaze had charred 4,900 acres of chaparral and short grass, and containment lines had been drawn around 15 percent of the flames, according to fire information site InciWeb.

To the south, firefighters managed to slow the spread of a massive fire near the Mexican border town of Potrero, prompting officials to lift some evacuation orders there as well. Fire officials said some 200 structures were under threat as of Wednesday night, down from a peak of 1,000.

That fire, about 50 miles southeast of San Diego, has blackened more than 6,700 acres and was 20 percent contained as of Wednesday night, fire officials said.

The U.S. Department of Agriculture on Wednesday said the risk of catastrophic wildfires had increased because of the 66 million trees that had died in California from 2010 to October 2015. Some 26 million of them were in the southern Sierra Nevada mountains.