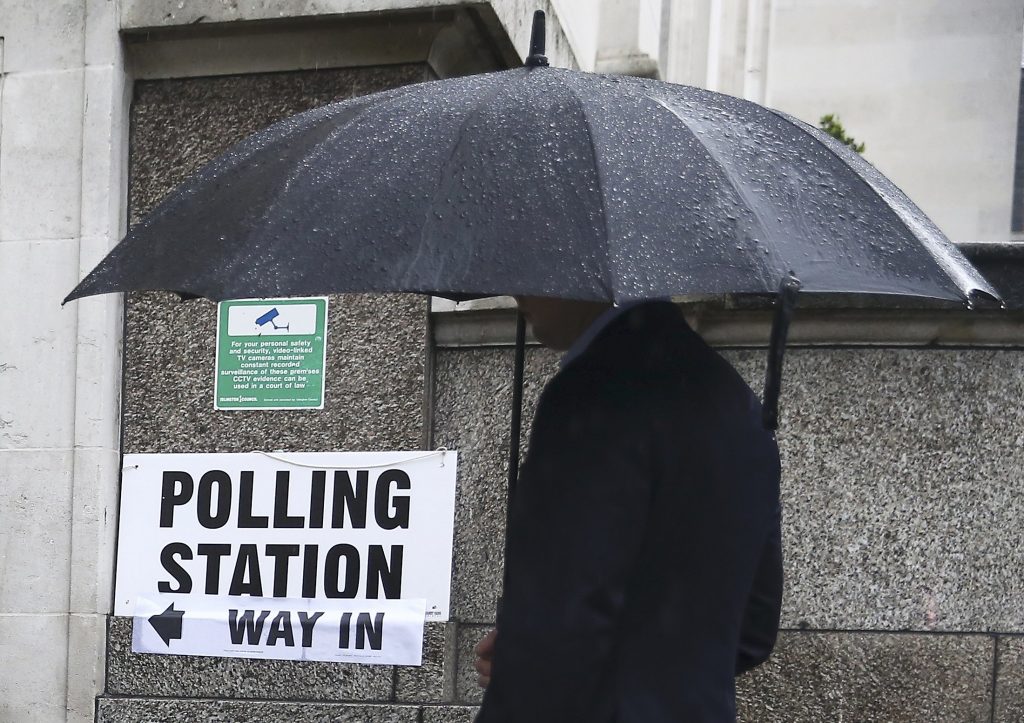 Voters in Britain are deciding Thursday whether the country should remain in the European Union — a historic referendum that threatens to undermine the experiment in continental unity that began in the aftermath of World War II.

More than 46 million people are registered to vote in the referendum, which asks: “Should the United Kingdom remain a member of the European Union or leave the European Union?” The heated campaign saw the nation take stock of its place in the modern world, even as it questioned the direction it wanted to take in the future.

“This is, I’d say, the most important day in the past 20 years, at least for the U.K., and the economic consequences of a vote ‘out’ are huge,” said investment banker Hasan Naqvi outside a London polling station.

“Leave” campaigners claim that only a British exit can restore power to Parliament and control immigration. The “remain” campaign led by Prime Minister David Cameron argues that Britain is safer and richer inside the 28-nation EU.

Financial markets have been volatile ahead of the vote, with opinion polls suggesting a tight race, but the pound has surged this week amid market optimism that uncertainty over the vote would end with a vote to stay.

Turnout is considered critical in the vote, as polling suggested there were a number of undecided voters. A large turnout will favor the “remain” campaign as those who waver at the end tend to go for the status quo. Those favoring “leave” also tend to be more committed.

“It’s all about turnout and those soft ‘remainers’ staying at home,” U.K. Independence Party leader Nigel Farage said outside his home after collecting the newspapers.

“I do think we are in with a very strong chance, I do genuinely,” he said.

It was raining heavily in some parts of the country, which could reduce turnout and there were anecdotal reports of voters being unable to get to the polls.

Downpours and flooding swamped parts of London and southeastern Britain. London’s Fire Brigade received hundreds of calls about weather-related incidents early Thursday, including some reports of flooding and lightning strikes.

Weather forecasters quipped that voters in the southeast would need umbrellas and possibly rubber boots in order to cast ballots. Prime Minister David Cameron ignored questions about the weather as he cast his votes in London.

The race is widely seen as being too close to call, though pollsters have stood solidly for “remain.”

The slaying of pro-Europe lawmaker Jo Cox in the final week before the vote may also prove a factor in the outcome. While the motive for the killing is unclear, the rare killing of a politician cast a shadow over a divisive campaign unusually heated even by Britain’s most boisterous standards.

Her husband, Brendan Cox, told a crowd of some 9,000 people gathered in Trafalgar Square on the eve of the vote that his wife had died because of her beliefs.

The reach of the EU into every aspect of life has made the issues at stake far more complex than in a general election — and far more heated. And while the vote is final — unlike in an election where the results can be reversed in the next term — it is not legally binding, and Parliament would have to vote to repeal the law that brought Britain into the EU in the first place.