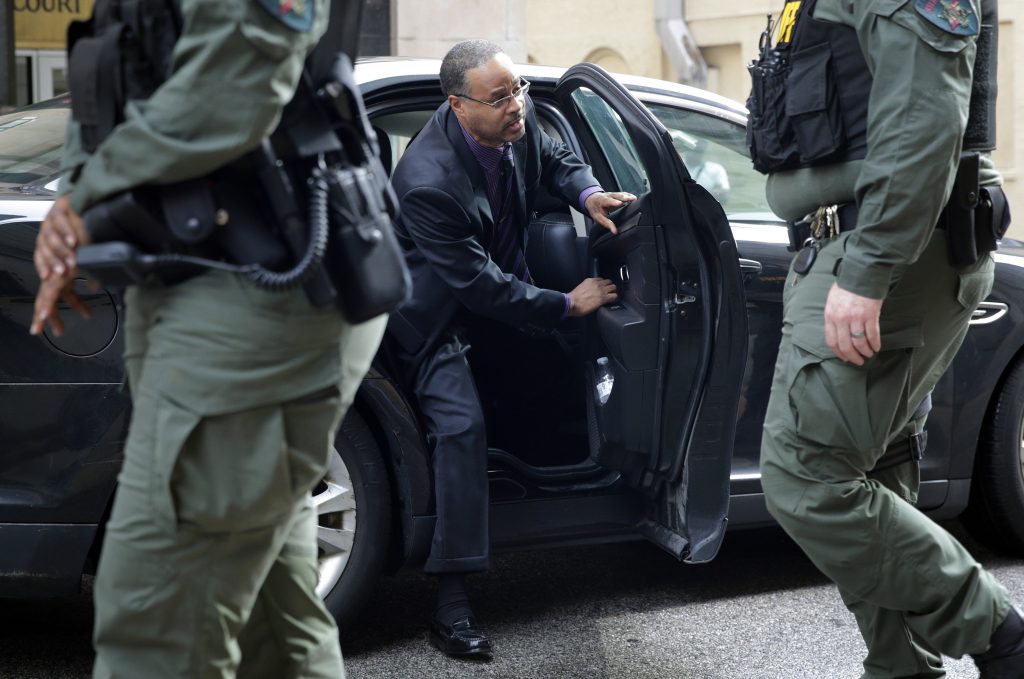 Baltimore police officer Caesar Goodson Jr was found not guilty on Thursday of second-degree depraved heart murder in the death of black detainee Freddie Gray, the most serious criminal charge he faced.

Judge Barry Williams handed down the verdict in Baltimore City Circuit Court. Goodson, 46, was the driver of a police transport van in which Gray broke his neck in April 2015. His death triggered rioting and protests in the majority black city.

Goodson’s defense team argued in Baltimore City Circuit Court that Gray caused his own injuries by falling inside the transport van. Goodson also lacked the training to recognize that Gray was hurt, they said.

They failed to secure a conviction in two earlier trials of officers.

Gray’s death spawned protests, rioting and arson in the majority African-American city of 620,000 people and stoked a debate on U.S. police treatment of people of color. Gray, 25, was arrested for fleeing police officers unprovoked in a high-crime area. He was bundled into Goodson’s van shackled and was not seatbelted inside the van, a violation of police procedure.

During closing arguments on Monday, Williams peppered prosecutors with questions about what evidence they had that Goodson had bounced Gray around in the van with intent to harm him.

Prosecutor Michael Schatzow told Williams that Goodson’s failure to secure Gray and his injuries were enough to show that Gray had gotten a “rough ride.”

In the two previous cases, the manslaughter trial of Officer William Porter ended in a hung jury in December, and he faces retrial in September. Williams acquitted Officer Edward Nero of misdemeanor charges last month.