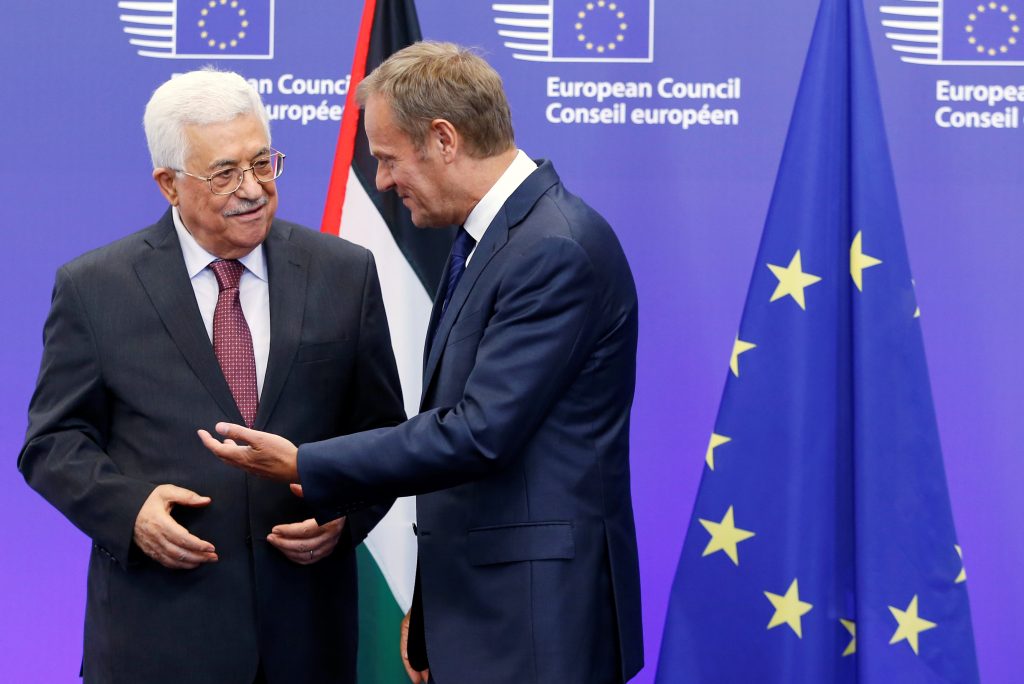 Palestinian Authority President Mahmoud Abbas on Thursday accused Israeli rabbis of calling for the poisoning of Palestinian water, in what appeared to be an invocation of a widely debunked media report that recalled a medieval anti-Semitic libel.

Abbas’s remarks, in a speech to the European parliament, did not appear on the official transcript issued by his office, suggesting he may have spoken off the cuff as he condemned Israeli actions against Palestinians amid stalled peace talks.

“Only a week ago, a number of rabbis in Israel announced, and made a clear announcement, demanding that their government poison the water to kill the Palestinians,” Abbas said.

“Isn’t that clear incitement to commit mass killings against the Palestinian people?”

“Israel awaits the day when Abbas stops spreading lies and dealing in incitement. Until then, Israel will continue to defend itself against Palestinian incitement, which motivates terror attacks.”

Abbas, who received a standing ovation from EU lawmakers after his speech, gave no source for his information — and there has been no evidence over the past week of any such call to poison Palestinian water.

For Jews, allegations of water poisoning strike a bitter chord. In the 14th century, as plague swept across Europe, false accusations that Jews were responsible for the disease by deliberately poisoning wells led to massacres of Jewish communities.

During his speech, which was received with a standing ovation, Abbas claimed that implementation of a tw-state solution will put an end to terrorism. “Once this [Israeli] occupation ends…extremism will be over as will terrorism. There will be no more terrorism in the Middle East nor elsewhere in the world,” he said.

“Our hands are extended with a desire for peace,” Abbas said, though on the same day he refused to meet or shake hands with Israeli President Reuven Rivlin, who had agreed to do so.

“Someone who refuses to meet with the president and Prime Minister Netanyahu for direct talks, who propagates a blood libel in the European parliament, is lying when he says his hand is outstretched in peace,” the PMO said.