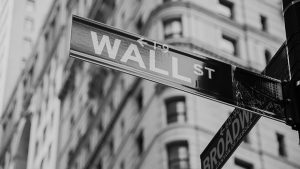 U.S. stocks are wavering in subdued trading Wednesday afternoon ahead of Britain’s vote on whether to leave the European Union. Health care stocks rose but energy companies fell in tandem with the price of oil. Technology companies slipped following weak reports from Adobe and HP.

OIL: Oil prices fell after U.S. energy stockpiles decreased by a smaller amount than analysts expected. Oil prices have tumbled in the last few years because growth in supplies has far outstripped demand. Benchmark U.S. crude fell $1.24, or 2.5 percent, to $48.62 a barrel in New York. Brent crude, the benchmark for international oil prices, lost $1.19, or 2.3 percent, to reach $49.45 a barrel in London.

HEALTH SCARE: Health care stocks climbed because Medicare spending did not exceed levels that would have required action by a cost-cutting board created as part of the 2010 health care overhaul. The review board does not currently have any members, but investors have been worrying for months that the government will pressure drug companies to cut their prices.

TESLA GOES SHOPPING: Electric car maker Tesla offered to buy solar panel maker SolarCity for up to $2.8 billion in an attempt to create a one-stop shop for cleaner energy, as consumers become more concerned about fossil fuels harming the environment. Tesla CEO Elon Musk is the chairman and largest shareholder in both companies, and SolarCity CEO Lyndon Rive is his cousin. SolarCity stock jumped 98 cents, or 4.6 percent, to $22.17 and Tesla slumped $19.26, or 8.8 percent, to $200.35.

BRITAIN: Campaigners on both sides of Thursday’s vote on whether Britain should remain in the EU began the final frantic day of campaigning. Polls indicate it will be a tight race but bookies are giving the “remain” camp a higher probability of winning. International experts, including Yellen, have said that a British exit would cause a lot of volatility in global markets and uncertainty for the world economy.

ADOBE OUTLOOK WOES: Software maker Adobe Systems announced a larger-than-expected quarterly profit, but analysts were less excited about its projections for the current quarter. Its stock dropped $5.04, or 5.1 percent, to $94.68.

LOST IN THE MAIL: FedEx posted solid quarterly results, but it gave a cautious outlook as the package delivery company spends more money on expanding its groundwork and acquires more aircraft to keep up with the e-commerce boom. Its stock fell $6.39, or 3.9 percent, to $157.56.

HP OUTLOOK: Computer and printer maker HP forecast strong results in its fiscal third quarter but announced some changes in its marketing strategy. The company said it won’t offer as many discounts on its products and will carry reduced supplies. An analyst for Citi Investment Research called the change a “radical shift.” HP fell 62 cents, or 4.7 percent, to $12.71.

KB DOES OK: Homebuilder KB Home’s profit surpassed estimates and sales were far stronger than expected. Its stock gained 29 cents, or 2 percent, to $14.83.

The government also reported that sales of previously-occupied homes rose 1.8 percent in May to reach the highest level since February 2007. Few homes are on the market, but low mortgage rates and continued job growth has shoppers continuing to look for houses.

SLOWER GROWTH: The International Monetary Fund downgraded its forecast for the U.S. economy this year and said America should raise the minimum wage to help the poor, offer paid maternity leave to encourage more women to work and overhaul the corporate tax system to boost productivity.

The IMF thinks the U.S. economy will grow 2.2 percent this year, down from its previous forecast of 2.4 percent. The economy grew 2.4 percent in 2015.