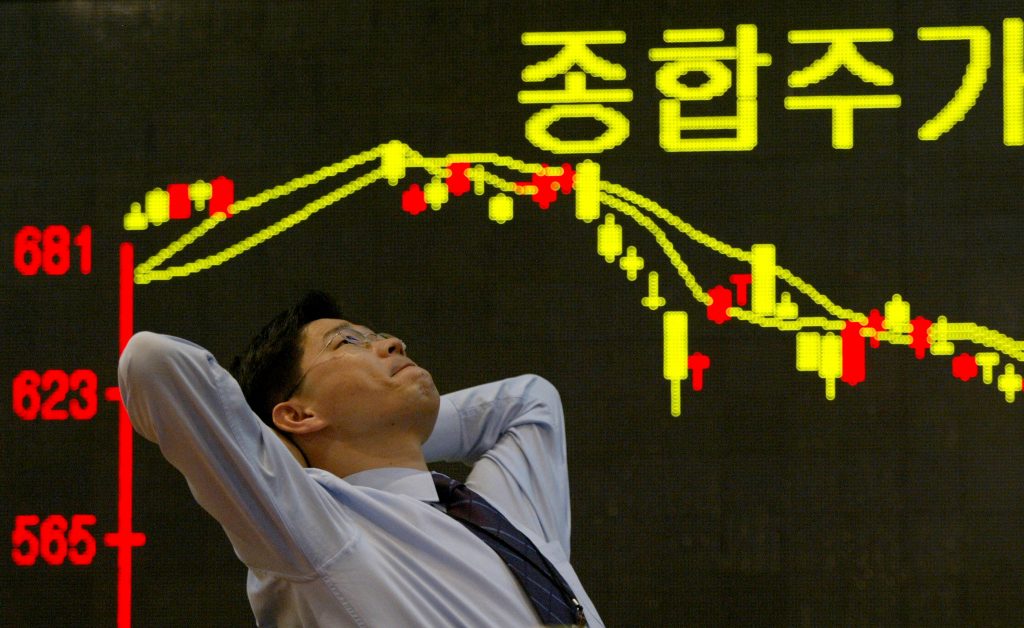 On Wall Street, U.S. S&P 500 Index gained 0.27 percent but was still below an 11-month high reached earlier this month.

Fed chief Yellen said on Tuesday that the central bank’s ability to raise interest rates this year may hinge on a rebound in hiring that would convince policymakers the U.S. economy isn’t faltering.

“A couple of months ago Yellen was cautiously optimistic. Now she appears cautious while trying to be optimistic,” said Tohru Yamamoto, chief fixed income strategist at Daiwa Securities.

“Judging from her comments, a rate hike in July is completely off the table. It is questionable whether the Fed can have enough solid economic data to back up a rate hike even by September,” he said.

The dollar slipped 0.2 percent against the yen to 104.57 yen, after a brief rally to 105.065 overnight, as Yellen expressed general optimism about the U.S. economy.

Yellen’s more circumspect view on the future path of U.S. rates comes as many investors remain on the sidelines ahead of Britain’s referendum on its European Union membership this Thursday.

Polls in recent days showing rising momentum for the “Remain” camp have helped boost risk appetite in global markets and have weighed on safe-haven assets such as German bonds and the Japanese yen since Friday.

But many investors are shunning trading as the vote remains too close to call, with an opinion poll published on Tuesday showing the “Remain” campaign’s lead had shrunk.

“We still have three polls on the U.K. referendum before the vote, and another shift back to Brexit will see risk appetite disappear in a jiffy,” Bernard Aw, market strategist at IG in Singapore, wrote in a note.

The implied volatilities of the pound have also pushed up from lows on Tuesday, reflecting investor anxiety over a sharp fall in the currency in the event of Brexit.

European Central Bank President Mario Draghi said on Tuesday that Britain’s referendum was adding uncertainty to markets, and that the ECB was ready to act with all the means at their disposal, if necessary.

As investors grew more hopeful of a “Remain” vote, spot gold languished, falling 0.5 percent to a near-two-week low of $1,261.80 an ounce.

On the other hand, oil prices extended their recovery after news of a larger-than-expected draw in U.S. crude stockpiles.

Crude inventories fell by 5.2 million barrels for the week ending June 17, the American Petroleum Institute (API) said. The trade group’s figures were triple the draw of 1.7 million barrels forecast by analysts in a Reuters poll.