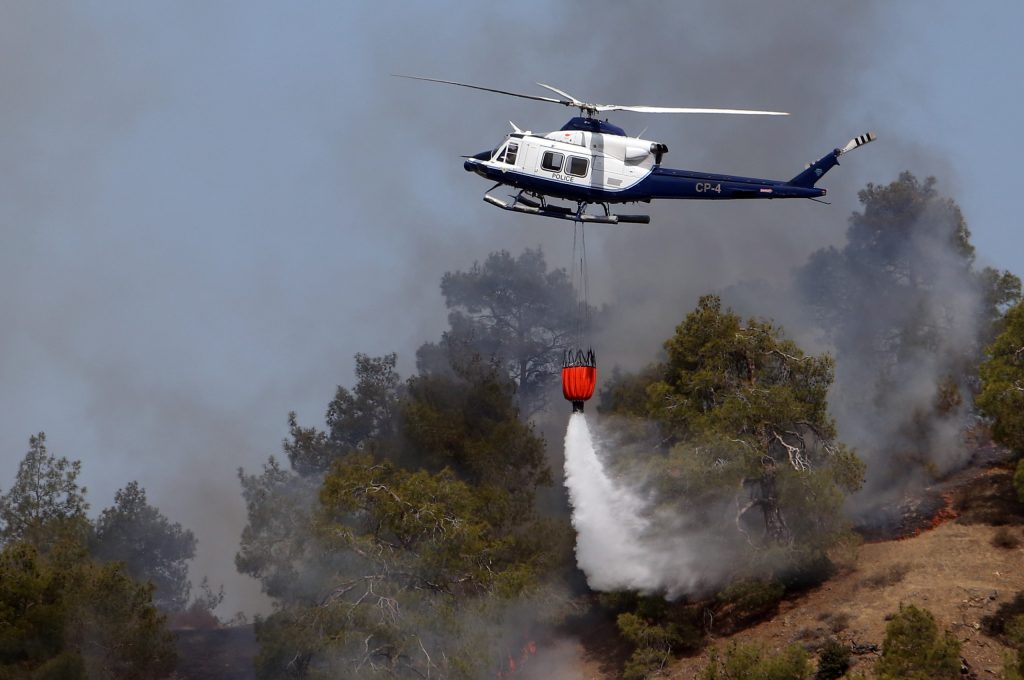 A Cypriot official says there’s a glimmer of hope that firefighters can contain one of the nation’s worst forest fires, as many fronts are now under control.

Forestry Department Spokesman Andreas Christou says high winds which have made firefighting difficult in the mountainous terrain appeared to have died down Wednesday.

This could help crews and 20 aircraft from Cyprus, France, Greece, Italy, Israel and Britain corral the blaze that has burned more than 15 square kilometers of a 150-year-old pine forest and claimed the lives of two firefighters.

Christou said a call has been made for experienced volunteers to bolster the hundreds of firefighters on the scene.

He said crews are focused on a major front currently threatening a pair of villages some 25 miles southwest of Nicosia.