Politics In Reversal, Rubio Will Seek Reelection to Senate
Politics 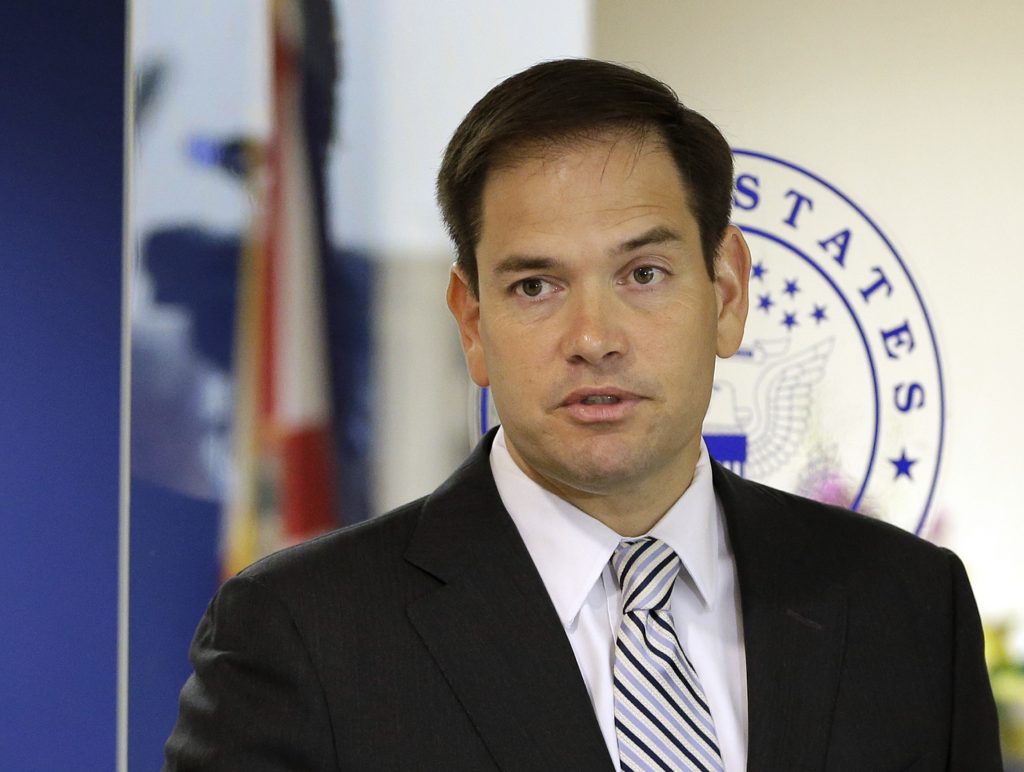 Former Republican presidential candidate Marco Rubio announced Wednesday he will run for reelection to the Senate from Florida, reversing his retirement plans under pressure from GOP leaders determined to hang onto his seat.

“In politics, admitting you’ve changed your mind is not something most people like to do. But here it goes,” Rubio said in a statement. “I have decided to seek reelection to the United States Senate.”

The 45-year-old first-term senator had repeatedly described his frustration with the slow-moving Senate, and had been expected to enter the private sector and prepare for another presidential run in 2020. But he’d been rethinking his plans, particularly following the massacre in Orlando and amid a pressure campaign led by Senate Majority Leader Mitch McConnell. With Republicans at risk of losing their slim Senate majority in November’s elections, GOP leaders were concerned that the Republican candidates who’d emerged for Rubio’s seat were not up to the task of winning in a large, expensive state like Florida amid the intraparty uproar created by Donald Trump’s candidacy.

“Control of the Senate may very well come down to the race in Florida,” Rubio said, adding that the outcome also could determine the makeup of the Supreme Court and critical fiscal and economic policies. “The stakes for our nation could not be higher.”

Rubio also said that “No matter who is elected president, there is reason for worry.” After criticizing Democrat Hillary Clinton, Rubio went on to describe his disagreements with Trump, saying that “some of his statements, especially about women and minorities, I find not just offensive but unacceptable.”

“If he is elected, we will need Senators willing to encourage him in the right direction, and if necessary, stand up to him. I’ve proven a willingness to do both.”

The announcement comes just days ahead of Friday’s filing deadline for Rubio’s seat.

Republican leaders welcomed the news. “While Marco is already in a strong position to win, Democrats are currently locked in a bruising primary that will produce a weak nominee and cost millions of dollars,” said Sen. Roger Wicker of Mississippi, chairman of the National Republican Senatorial Committee.

A couple of the Republicans already in the race, including Florida Lt. Gov. Carlos Lopez Cantera, had made clear they would make way for Rubio if he chose to run in the Aug. 30 primary. But that was not true of all of them. GOP developer Carlos Beruff lashed out at Rubio in a statement Wednesday saying: “This isn’t Marco Rubio’s seat; this is Florida’s seat. The power brokers in Washington think they can control this race. They think they can tell the voters of Florida who their candidates are. But the voters of Florida will not obey them.”

Democratic leaders’ preferred candidate is Rep. Patrick Murphy, but Murphy must first get through the primary against liberal firebrand Rep. Alan Grayson.