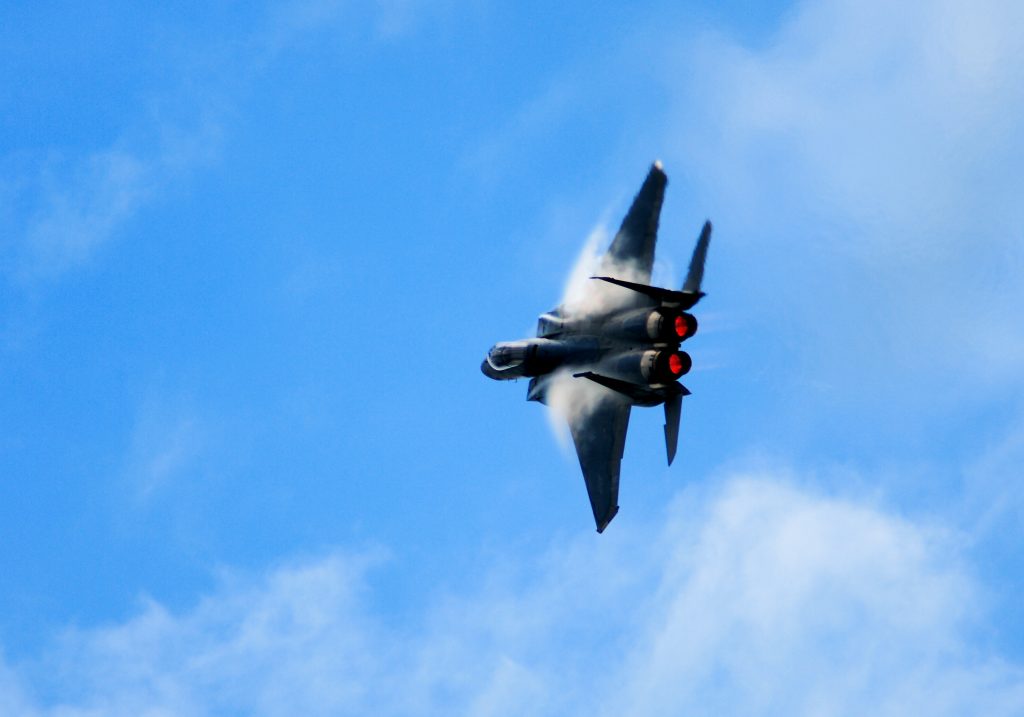 As its F-15 and F/A-18 production lines could draw to a close by the 2020s, Boeing faces a future where its role as a prime military fighter jet manufacturer is uncertain.

But as it celebrates its centennial, Boeing is committed to remaining a major player in the business, even as it looks to invest in other areas, including unmanned systems, satellites and space travel, Boeing chief executive Dennis Muilenburg said in an interview.

“We expect to be a prime in the fighter jet business for the long run,” he said. “This is not a business we’re getting out of at all.”

Boeing has deals pending with Kuwait, which wants to buy 28 Super Hornets, and Qatar, which has ordered 36 F-15s. Muilenburg said he was confident those sales, which combined could reach $7 billion, would be approved by the U.S. government. That would then allow the company to maintain a healthy production line as it courts Canada and other countries for additional sales.

Canada is a partner in the F-35 Joint Strike Fighter program, but its new prime minister, Justin Trudeau, has indicated that the government may want to look for other options. The country currently has a fleet of F/A-18s that Boeing maintains.

Lockheed Martin’s F-35 has a single engine, and some have said they’re concerned that if it fails over the vast expanse of the country there is no back up.

“We have very close relationships with our Canadian customers,” Muilenburg said. “The Hornet fleet that they operate today has been very successful for them. They’ve shown that in the kind of operations that they have, especially harsh environments, polar environments there’s a real benefit to having a two-engine aircraft.”

Richard Aboulafia, a defense analyst with the Teal Group, said Boeing is “under competitive pressure” in the combat aircraft business. “But there are opportunities out there. It seems premature to give up hope.”

Last year, Boeing, which had teamed up with Lockheed Martin, lost the $80 billion contract to build the new Air Force bomber to Northrop Grumman. Now, Boeing is intensely focused on building a new trainer aircraft for the Air Force, Muilenburg said, and developing the technologies that would be used in a sixth-generation fighter jet, one that would follow the F-35 many years in the future.

It also recently signed a multi-billion-dollar deal to sell commercial airplanes to Iran in what would become the biggest sale of U.S. goods to Iran since the easing of economic sanctions last year.

The company turns 100 this summer, and Muilenburg said it is looking toward the next 100 years, to “a future where a combination of efficient air travel and efficient space travel can be offered to customers around the world.”

That would involve space tourism, he said, noting the habitats that Bigelow Aerospace are developing.

“As you begin to create more destinations that will naturally create a stronger economic pipeline for space,” he said. “And just as we have been the leader of commercial air travel for the first century, as we look to the second century of aviation, I would expect Boeing to be the leader in both air and space travel.”

Along with SpaceX, Boeing has a NASA contract to fly astronauts to the International Space Station. The first unmanned flight is scheduled for late 2017; with the first crew set to fly in early 2018.

Boeing has begun training NASA’s astronauts on simulators. And the company is also one of the prime contractors on the massive Space Launch System that NASA is developing. It is expected to launch for the first time in 2018.

Muilenburg said he envisioned a day when space could become a self-sustaining economy that is not just propped up by NASA.

Now the company is looking at building hypersonic aircraft that would travel at Mach 5 — or five times the speed of sound. Brian Tillotson, a senior technical fellow at Boeing, said it could be used to get passengers to a station in what’s known as low Earth orbit, or even super-fast transcontinental flight: “An hour and a half anywhere in the world.”

But Aboulafia was skeptical of what he called “techno-utopianism.”

“Civil space — that’s risky,” he said. “Techno-utopianism can get you in an awful lot of trouble in this industry.”