The Worst Vacation Is the One That Wasn’t Taken 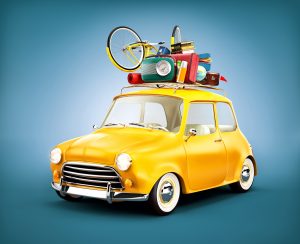 Employees say they’re willing to trade off other benefits in exchange for more vacation time — but consistently decline to take the vacation time to which they are entitled, according to a new survey by the human resources software development firm Namely.

Yet the average American employee took only 11 vacation days in 2015. Four in 10 American workers didn’t take all the vacation that was available to them.

What accounts for this gap? For 16 percent of those polled, a fear that they would be perceived as slackers kept them from taking more time off.

Slightly more than 20 percent of employees said the thought of missing time at work stressed them out so much that they skipped vacation.

Another poll, conducted by a travel industry group called Project Time Off — it encourages people to go on vacation — uncovered an even sadder statistic: 37 percent of employees take less leave than they could because it’s simply too hard to clear the decks at work so they can get out of town.

For them, it’s easier not to go on vacation.

“What this tells us is that despite the best intentions to take large chunks of time away from work and unplug from technology, employees are feeling confined and are using vacation time differently than previous generations,” said Matt Straz, Namely’s CEO.