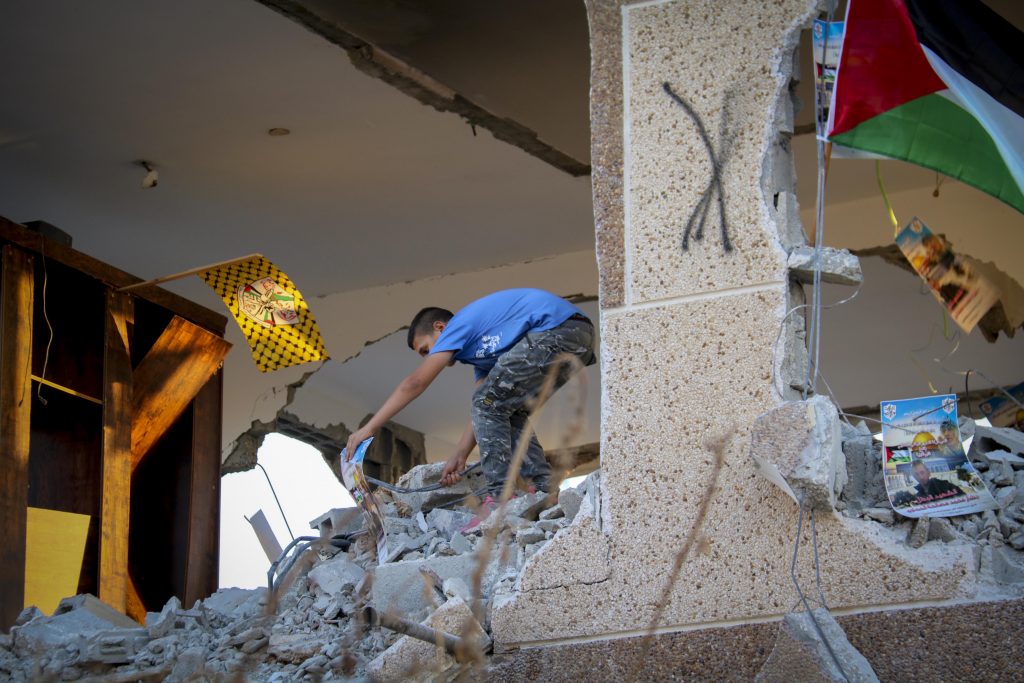 The three victims – one Israeli and two foreign visitors – were lightly injured. They were evacuated to hospitals in Yerushalayim. The vehicle the were riding in was damaged. An additional 11 other vehicles were damaged in the rock attacks.

Also overnight Monday, IDF forces demolished the home of the family of the terrorist who in March went on a stabbing spree along the boardwalk in southern Tel Aviv, killing an American tourist, Taylor Alan Force, and injuring eleven people before he was killed at the Jaffa port.