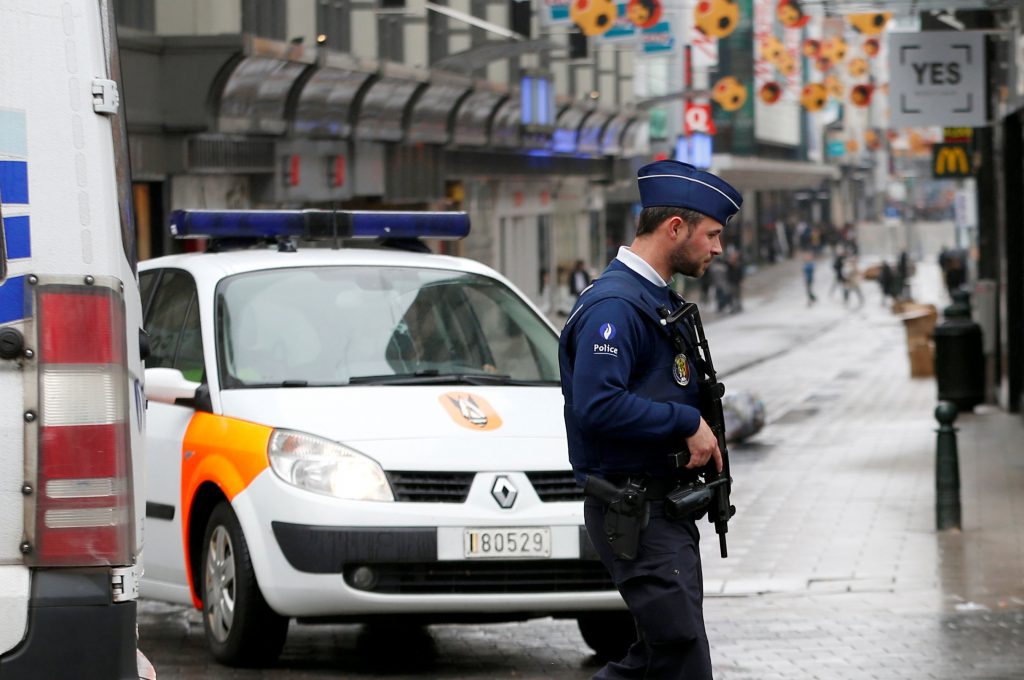 A man who said he was wearing a bomb belt rigged to explode by remote control caused a major scare in a Brussels commercial district on Tuesday before police found the device contained only salt and biscuits, officials said.

The Belgian capital of 1.2 million people remains on edge under a high security alert three months after three Islamic State suicide bombers blew themselves up at Brussels Airport and in a metro train, killing 32 people.

On Tuesday, Brussels police detained a man near the bustling City2 shopping center after he announced that he was strapped with explosives that would be set off remotely. The area was sealed off while bomb experts checked the man’s belt.

The man, born in 1990 and identified as J.B., had called police himself to say he had been kidnapped and forced to don an explosives belt. It proved to be a false alarm.

“J.B. is known to police, also because of mental problems,” a Brussels prosecutors spokeswoman said.

The man remained in police custody but had to be freed within 24 hours unless a judge approved a request from prosecutors to place him under formal arrest and to be examined by a psychiatrist.

In 2014 J.B. told police he had been ordered to go to Syria to join Islamist terrorists fighting in the civil war there, an incident that remains under investigation, prosecutors said.

Police also located a car that J.B. said had brought him to the shopping mall and questioning the owner before releasing him when it transpired that J.B. had only memorized a random number plate.