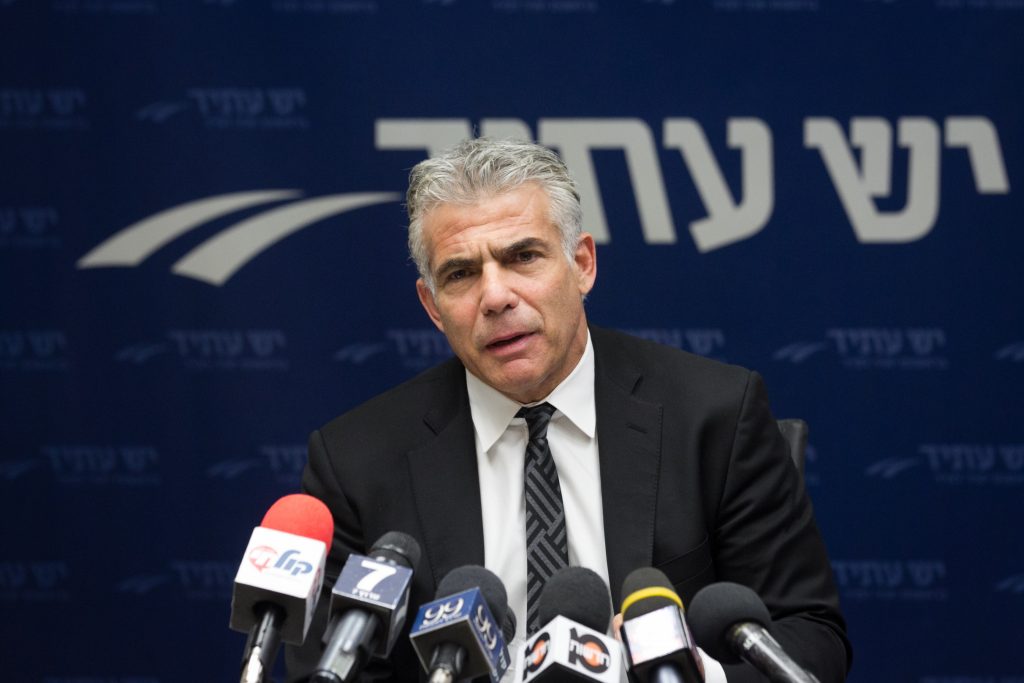 Lapid missed 32 Knesset sessions, eight more than the maximum allowed. Since he is a first-time offender, he will only forfeit four instead of eight days’ pay, the committee said.
The Yesh Atid leader has been traveling abroad as a self-appointed foreign minister, and attempted to justify the absences by saying that he was representing Israel, fighting BDS and other diplomatic foes. The committee rejected his explanation, stating that MKs are given enough time for extra-parliamentary activities and are expected to attend Knesset sessions.
Lapid was the only MK to have his salary docked. MKs Taleb Abu Arrar (Joint List) and Miki Rosenthal (Zionist Camp) missed more than the allotted days for health reasons.

It is doubtful that Lapid will be deterred by the sum involved, given that he is independently wealthy. According to a 2015 listing compiled by Forbes Israel, the star-journalist-turned-statesman was the seventh wealthiest politician in Israel, worth an estimated 22 million shekels ($5.73 million).

Yerushalayim Mayor Nir Barkat was reported to be the wealthiest. The former high-tech entrepreneur was said to be worth about 450 million shekels ($117 million).