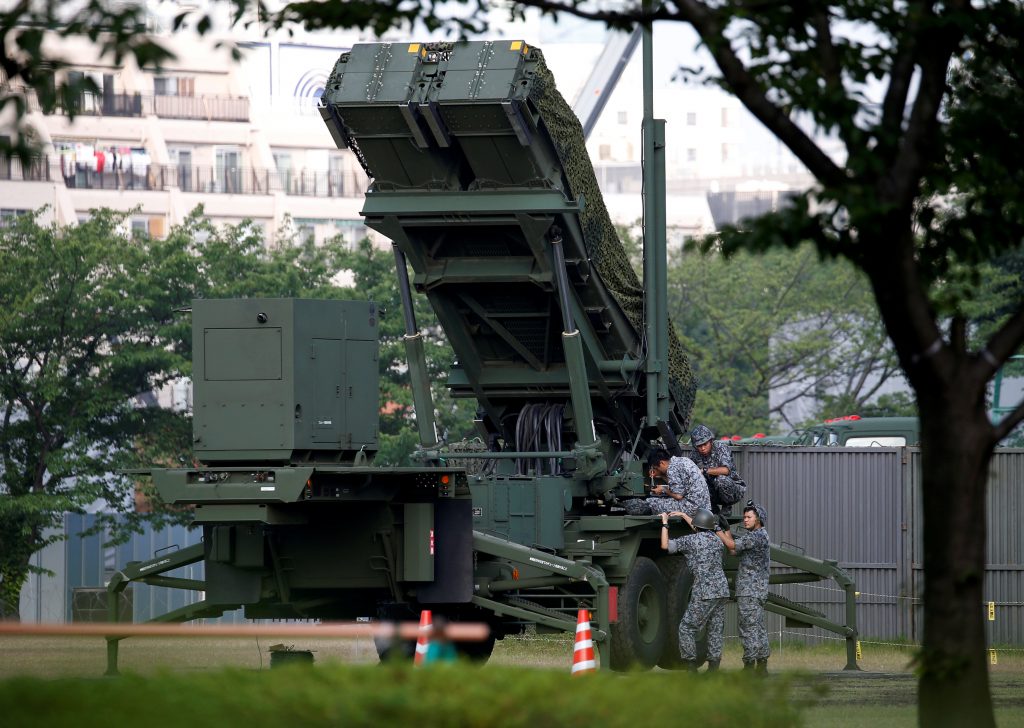 Japan’s military was on alert for a possible North Korean ballistic missile launch, a government source said on Tuesday, with media reporting its navy and anti-missile Patriot batteries have been told to shoot down any projectile heading for Japan.

North Korea appeared to have moved an intermediate-range missile to its east coast, but there were no signs of an imminent launch, South Korea’s Yonhap News Agency reported, citing an unnamed government source.

A South Korean defense ministry official said it could not confirm the Yonhap report and said the military was watching the North’s missile activities closely. Tension in the region has been high since isolated North Korea conducted its fourth nuclear test in January and followed that with a satellite launch and test launches of various missiles.

Japan has put its anti-ballistic-missile forces on alert several times this year after detecting signs of missile launches.

The Japanese government source said there were again signs North Korea might be preparing a launch of the intermediate-range Musudan missile, the same missile it attempted to launch in May, prompting the order for the military to go on alert.

South Korea’s Foreign Ministry said if the North goes ahead with a launch it would again be in violation of U.N. resolutions and defying repeated warnings by the international community.

“It will further isolate the North from the international community,” ministry spokesman Cho June-hyuck told a briefing.

The United Nations Security Council in March imposed tightened sanctions against North Korea over its pursuit of nuclear weapons.

North Korea has failed in all four attempts to launch the Musudan, which theoretically has the range to reach any part of Japan and the U.S. territory of Guam.

North Korea tried unsuccessfully to test launch the Musudan three times in April, according to U.S. and South Korean officials, while a May attempt failed a day after Japan put its military on alert.

North Korea is believed to have up to 30 Musudan missiles, according to South Korean media, which officials said were first deployed in around 2007, although the North had never attempted to test-fire them until this year.