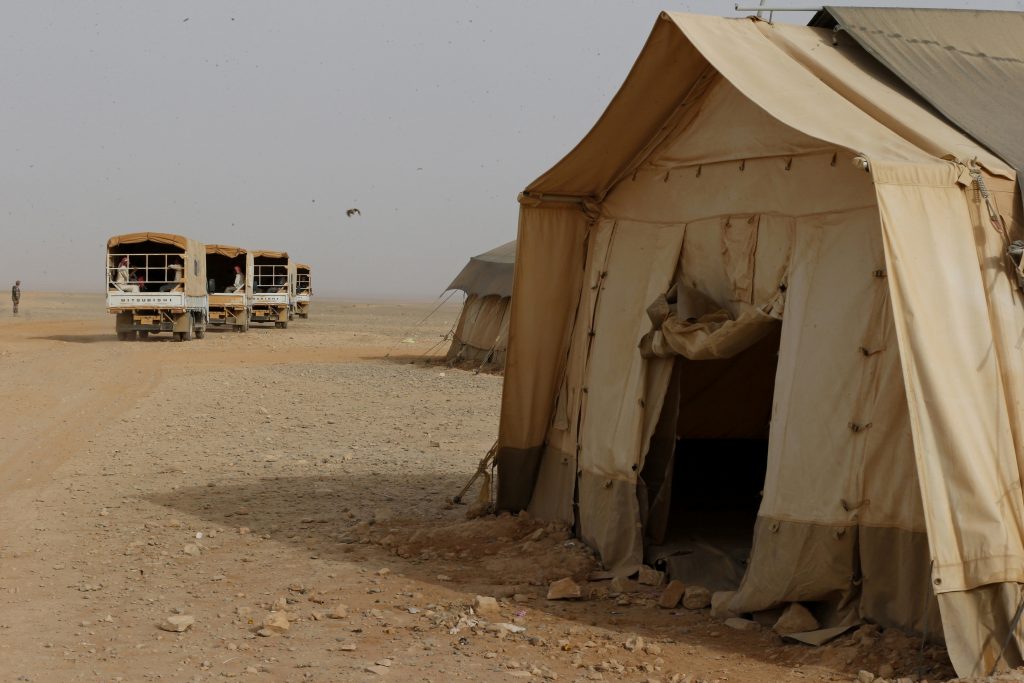 Six Jordanian border guards were killed by a car bomb in a remote area of the frontier with Syria on Tuesday during an attack launched from Syrian territory, security officials said.

The explosives-laden vehicle blew up a few hundred meters from a camp for Syrian refugees in a desolate eastern area of Jordan where the borders of Iraq, Syria and Jordan meet, a Jordanian army statement said.

It was the first attack of its kind targeting Jordan from Syria since Syria’s descent into conflict in 2011.

The incidents have jolted the U.S.-backed Arab kingdom, which has been relatively unscathed by the instability that has swept the Arab world since 2011, including the expansion of Islamic State in Syria and Iraq.

Jordan is a staunch ally of the United States and is taking part in the U.S.-led campaign against Islamic State in Syria, where the jihadist group still controls large areas of territory including much of the east.

Jordan has kept tight control of its frontier with Syria since the outbreak of the war there.

The Rakban crossing targeted on Tuesday is a military zone far from any inhabited area, and includes a two-mile stretch of berms built a decade ago to combat smuggling. The rest of the border is heavily guarded by patrols and drones.

It is the only area where Jordan still receives Syrian refugees, some 50,000 of whom are stranded in Rakban refugee camp in a de facto no-man’s land some 200 miles northeast of Amman.

The population of the camp has since last year grown from several thousand to over 50,000 people as the fighting in Syria intensified, relief workers say.

Jordan has been a big beneficiary of foreign aid because of its efforts to help refugees, but has drawn criticism from Western allies and aid agencies over the humanitarian situation at Rakban, diplomats say.

Earlier waves of Syrian refugees had an easier time, with some walking just a few hundred meters to cross into Jordan. Jordan sealed those border crossings in 2013.

Jordan, which has already accepted more than 600,000 U.N.-registered Syrian refugees, is resisting. It says Islamic State terrorists may have infiltrated their ranks, as most of them come from Islamic State-held areas in central and eastern Syria, and has allowed only a trickle of refugees, mostly women and children, in recent months.