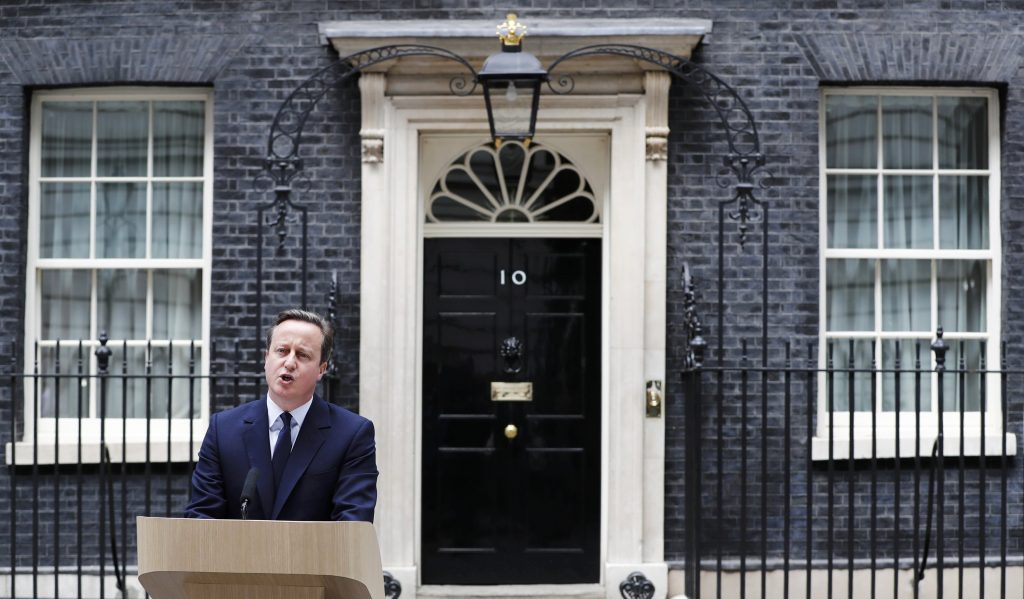 British Prime Minister David Cameron on Tuesday appealed to Britons, especially older voters, to think about the impact leaving the European Union would have on the country and future generations.

With just two days to go until Britain’s referendum on EU membership, polls indicated public opinion is so divided that the outcome is too close to call.

“It will just be you in that polling booth. Just you, making a decision that will affect your future, your children’s future, your grandchildren’s future,” he said in a rare address in front of his Downing Street office, adding that he wanted to appeal directly to people “of my generation and older.”

“They can’t undo the decision we take,” he said. “If we vote out, that’s it. It is irreversible. We will leave Europe for good and the next generation will have to live with the consequences far longer than the rest of us.”