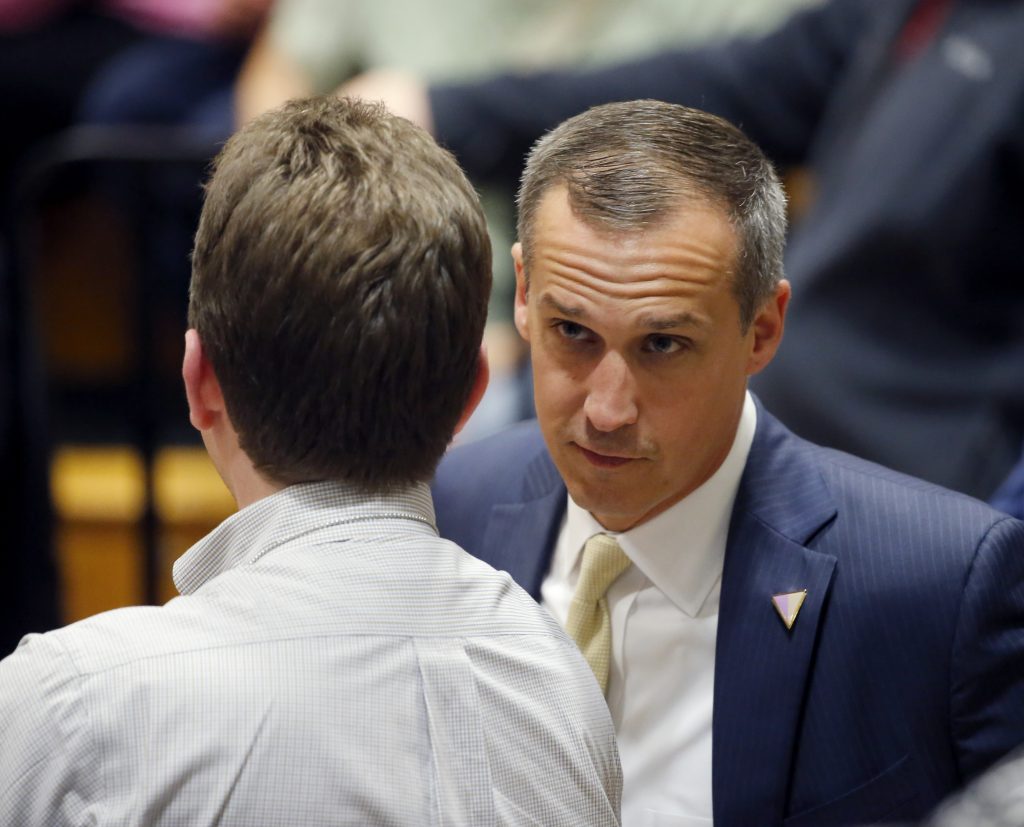 Donald Trump’s decision to fire his embattled campaign manager less than a month before the Republican convention sent a powerful signal to weary GOP leaders that the billionaire businessman recognizes the increasingly dire state of his presidential campaign. Now, his party is looking for him to quickly implement other changes to mount a credible challenge to likely rival Hillary Clinton.

Trump’s decision to oust Corey Lewandowski aims to put an end to the months of infighting that had roiled his unconventional campaign. And it signals bigger changes are underway. Lewandowski, a constant presence at his boss’s side, had long resisted calls for Trump to adopt a more presidential tone and campaign operation, instead insisting the key to victory was to “Let Trump be Trump.”

The shake-up comes as Trump is under growing pressure to build a credible general election campaign. Many in his party feel he has squandered the precious weeks since locking up the nomination. On the campaign trail, he appears stuck in a primary campaign he’s already won.

Indeed, fund-raising reports released late Monday showed donors gave Trump’s campaign about $3 million in May, even though he enjoyed presumptive nominee status for almost the entire month. By contrast, Clinton, who spent all of last month fending off her primary rival, Bernie Sanders, raised $26 million. As a result,Trump’s campaign started June with $1.3 million in the bank; Clinton has $42 million.

“It’s got to become much more disciplined and much more focused and much more organized and have a bigger structure,” said Stephen Stepanek, the campaign’s New Hampshire co-chair, of Trump’s organization in the wake of Lewandowski’s departure.

Aides also hope Lewandowski’s departure will bring an end to the infighting that has plagued the campaign since Trump hired strategist Paul Manafort in March to help secure delegates ahead of the convention. Since then, the campaign’s rival factions have been jockeying for power, slowing hiring and other decision-making. Manafort, who has long advocated a more scripted approach backed by a larger and more professional campaign apparatus, will be taking full control.

“A presidential campaign must have unity of command. There must be one person in charge,” said Roger Stone, a longtime confidante of both Manafort and Trump. “You can’t have two heads of anything.”

Senior adviser Barry Bennett said that, while there’s never a good time for a campaign shake-up, he’s glad it came ahead of the convention.

There are “tons of decisions that need to be made the next few weeks,” he said. “Hopefully that will be easier with one chef.”

In a conference call with top aides following Lewandowski’s firing, Manafort signaled that rapid expansion would be coming soon.

“The campaign’s going to pick up the speed,” Bennett said.

But even with Lewandowski’s departure, Trump faces an uphill climb. The campaign is woefully understaffed compared to Clinton’s, and Trump has so far shown little appetite for investing in even the basic building blocks of a modern-day White House campaign.

His communications team currently consists of a single spokeswoman and he has just about 30 paid staff deployed to battleground states across the country. Clinton, in contrast, has had a veritable campaign army mobilized for months, backed by millions of dollars in battleground-state media advertising. Trump has yet to reserve any ad time.

Instead, he is outsourcing even basic campaign functions to the Republican National Committee (RNC) — an untested strategy that comes with risks, especially considering the resistance he continues to face from GOP leaders, including House Speaker Paul Ryan and Senate Majority Leader Mitch McConnell. They last week condemned Trump’s renewed call to impose a temporary ban on foreign Muslims allowed to enter the country as part of his counterterrorism strategy.

Trump has also squandered precious time campaigning in states unlikely to determine the election. And this week, he’ll take a trip to Scotland to promote the renovation of one of his golf courses.

Trump has also been slow to embrace an aggressive plan to raise the hundreds of millions of dollars needed to fund both his campaign and the RNC’s ground game — frustrating donors.

New fund-raising reports covering the first few weeks after Trump became the presumptive nominee show the RNC raised $13 million in May — about what it raised in April, before his rivals left the race. By comparison, four years earlier, GOP nominee Mitt Romney helped the RNC bring in $34 million.

Veteran GOP fundraiser Fred Malek said he doubted Lewandowski’s departure would have much impact on the campaign’s fund-raising and said the real change has to come from Trump himself.

“If it signals a change in his style and approach, it can only be positive. But I feel he needs to do more. And I feel that, no matter what he does on the fund-raising front, he’s going to be at a huge financial disadvantage,” he said, explaining that it typically takes candidates two years to build fund-raising operations.

Donors, he said, are waiting to see a less confrontational, more inclusive and more substantive Trump. But Bennett, the adviser, suggested any major change was unlikely.