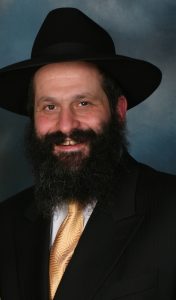 In what legal experts are calling an extremely powerful submission, the legal team of Sholom Rubashkin, headed by Gary Apfel, an attorney in Los Angeles, and Stephen Locher, an attorney in Des Moines, Iowa, filed their Reply Merits Brief, a rebuttal to the government’s filing of a month ago, late on Monday.

“The government … misstates the law on several crucial issues, misunderstands Petitioner’s arguments… and otherwise seems to spend as much time distracting the Court from the relevant issues as addressing them,” the brief says.

“While it may not be apparent to a layman, this brilliant brief is extremely powerful,” a legal observer who has followed the Rubashkin case for many years but is not affiliated with his defense team told Hamodia after reading the brief on Monday night.

“It basically demolishes all the government’s arguments, one by one, and uses the government’s brief to prove that the government, finally, is actually admitting to much of Rubashkin’s core arguments.” The 73-page reply brief is packed with numerous detailed legal arguments – many of which are beyond the scope of this article – responding to every facet of the government’s 105-page brief, and contains more than 50 citations to past rulings in similar cases.

In their initial Merits Brief, Rubashkin’s attorneys submitted what is described in court papers as overwhelming evidence that the prosecutors wrongfully interfered in the Agriprocessors bankruptcy proceedings, intimidating potential buyers and thereby substantially decreasing the ultimate sale price. In addition, they charged that, at Rubashkin’s sentencing, the prosecutors knowingly presented false testimony to conceal the impact their actions had on the loss incurred by the victim bank – thereby misleading the judge into laying the blame on Rubashkin and sentencing him to 27 years in prison.

A key argument made by Rubashkin is regarding the testimony of Ms. Paula Roby, an attorney who represented Joseph Sarachek, the Trustee appointed by the Bankruptcy court to oversee the sale of Agriprocessors, the company that Sholom Rubashkin helped run.

At the sentencing hearing, Ms. Roby testified that she was unaware of any prohibition on the involvement of Rubashkins in the new entity, that any rumors regarding a prohibition on Rubashkins were “very unreliable,” and that Trustee Sarachek “worked very, very hard to dispel any rumors that were in the community [regarding a ‘No Rubashkin’ rule].” She also claimed that the prosecutors’ use of forfeiture ultimately had no impact on the bankruptcy sale process, and claimed not to know the government’s position on certain matters relating to Rubashkin family involvement in the new entity.

In the sentencing memorandum, the Judge declared that “the court credits Roby’s testimony and discredits testimony from Defendant’s witnesses.”

In the original Merits Brief, Rubashkin’s attorneys submitted handwritten notes taken by James Reiland, another attorney representing Bankruptcy Trustee Joseph Sarachek, at a December 5, 2008, meeting between representatives of Sarachek and the U.S. attorney’s office. In addition to Reiland and his partner Julian Solotorovsky (a former Federal Prosecutor himself) — both of whom gave affidavits confirming the accuracy of these notes — Ms. Roby (who was their co-counsel for the bankruptcy trustee) was present and actively participated in the meeting.

According to the notes, Assistant U.S. Attorney Richard Murphy said, in unmistakable terms, “No Rubashkins is very important to us — non-negotiable.”

Roby was literally the next person to speak after Murphy pronounced the “No Rubashkin” rule and asked whether there were “any other non-negotiables,” to which Murphy responded, again, that there could be “No involvement of Rubashkins from any standpoint.”

In the government’s reply brief, the prosecutors claimed, among other things, that the Court did not reach an erroneous conclusion regarding the “No Rubashkins” restriction — despite the government’s admission in that same brief that there was, in fact, such a restriction – and insisted that Roby’s testimony was not false and misleading. Incredibly, the government also claimed that if her testimony was false and misleading, it was Rubashkin’s counsel’s fault for not cross-examining her more effectively. The government brief also stressed that the government made “extensive disclosures” regarding its forfeiture position, which somehow exempts it from failing to disclose other key documents and information and failing to correct its own witness’s testimony that the government knew was false.

“The furious tone of the government’s Reply Brief should not mask the significant admissions contained within it. Most importantly, the government admits it imposed a ‘No Rubashkins’ restriction during the bankruptcy proceeding despite the witness’s sentencing testimony that ‘[a] prohibition was never leveled’ and ‘[t]here was none, to my knowledge,’ and the Court’s acceptance of that testimony. This admission alone warrants [vacating the sentence]…,” Rubashkin’s newest brief states.

“The government’s arguments have no merit. The notion that the Court’s conclusion and Roby’s testimony are somehow literally correct, for example, rests on the government twisting words and splitting hairs in a way that is impossible to take seriously and inconsistent with the record at the time of sentencing. Due process must not be denied on account of such semantic games,” Rubashkin says in the brief.

The brief underscores the argument that in addition to the government knowing Roby’s testimony was false, the government now admits that it failed to disclose to Rubashkin, among other things, a letter to the Assistant United States Attorneys [AUSA] from the counsel of the victim bank that suffered the largest material loss when Agriprocessors was sold for a fraction of its real worth, stating forfeiture was “likely to have a significantly negative impact” and result in “few, if any, potential purchasers willing to navigate through a pending forfeiture proceeding and pay fair value for Agriprocessors’ assets.”

“The government instead disclosed only the AUSA’s letter from one day earlier expressing the government’s putative desire not to ‘impede a sale of Agriprocessors, Inc.’s assets.’ To disclose the first letter but not the second is either an act of deception or a remarkably convenient oversight. Either is sufficient to justify post-conviction relief,” the Rubashkin brief says.

The filing by Rubashkin also refutes the government’s claim that Rubashkin is responsible for Roby’s false and misleading testimony, either because his counsel should have cross-examined her more effectively or because counsel failed to move to reconsider the Court’s erroneous conclusion.

“The government’s argument finds no support in the law or facts,” the new brief says.

It quotes a 2000 Ninth Circuit ruling in United States v. LaPage, which said that “[T]he government’s duty to correct perjury by its witnesses is not discharged merely because defense counsel knows, and the jury may figure out, that the testimony is false.”

Several other legal experts contacted by Hamodia had high praise for the brief.

“It is a work of art, and no news article will do it justice,” one New York-based legal expert, who asked not to be identified because he was not affiliated with the case, insisted.

In what may be a first for this type of proceeding, at the conclusion of the brief a nine-page addendum is attached, presenting a clear summary of the complex legal arguments in the form of a three-column chart.

“It is original, and striking,” says the legal expert. “Now the wait begins for the judge to rule. One can only hope that at last, justice will triumph in this most painful saga.”

This article appeared in print on page 1 of the June 22nd, 2016 edition of Hamodia.