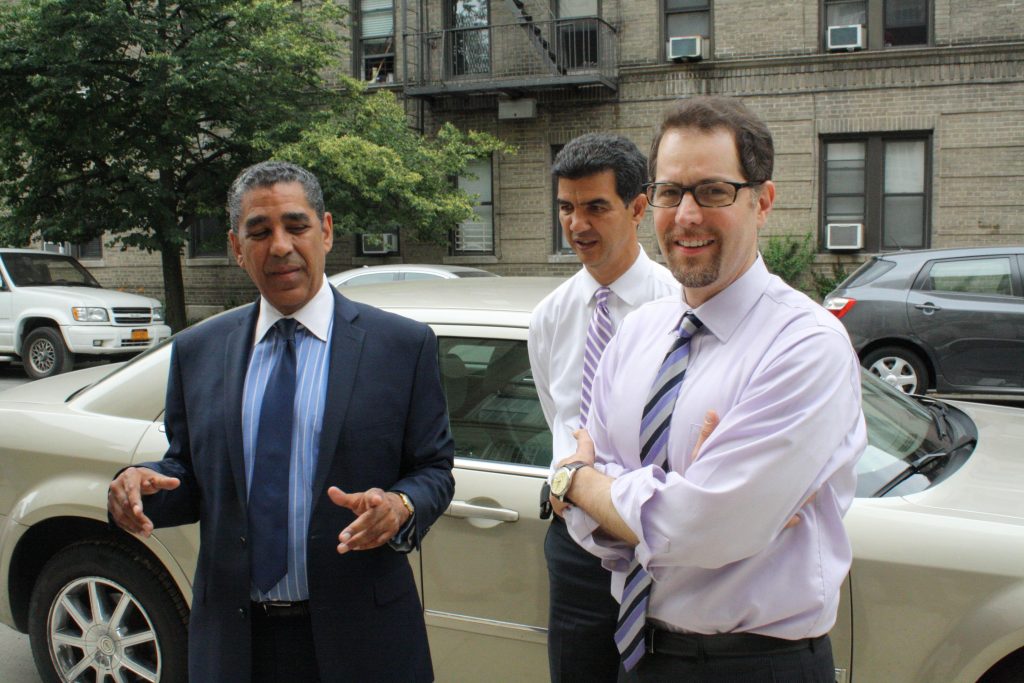 A Harlem politician battling to replace the retiring Rep. Charles Rangel repeatedly tweeted an article accusing one of his rival’s supporters of not servicing his district since he was a “Jew.”

Assemblyman Keith Wright is in a tight race for New York’s 13th congressional district in a crowded Democratic primary on June 28. He took aim on Thursday at Councilman Mark Levine, who is backing state Sen. Adriano Espaillat, tweeting several times over a few hours a Spanish-language article critical of Espaillat.

“In 2013,” the article said, according to a translation forwarded by Levine’s office, “he did not support the community leader Luis Tejada for a seat on the City Council for District 7 and supported the Jew Mark Levine, among other slights the Dominicans remember.”

Harlem has historically been the center of African-American culture. But over the past few years it has turned more Hispanic. Rangel survived a tough reelection fight against Espaillat two years ago, in which the two minority groups figured heavily. The co-founder of the House’s Black Caucus has since said he would not run again, retiring after 46 years in office. He has endorsed Wright in the race to succeed him.

There is a small Jewish population in the area — about 5 percent of the district — primarily in Washington Heights and the Yeshiva University staff.

Levine, who chairs the council’s Jewish Caucus, slammed Wright for spreading anti-Semitism and called on Wright to delete the tweets.

“I’ve come to expect this kind of ugly rhetoric from the gutters of New York politics,” Levine told Jewish Insider. “Shame on Assemblyman Wright for peddling it.”

The tweets were still up as of Monday afternoon.